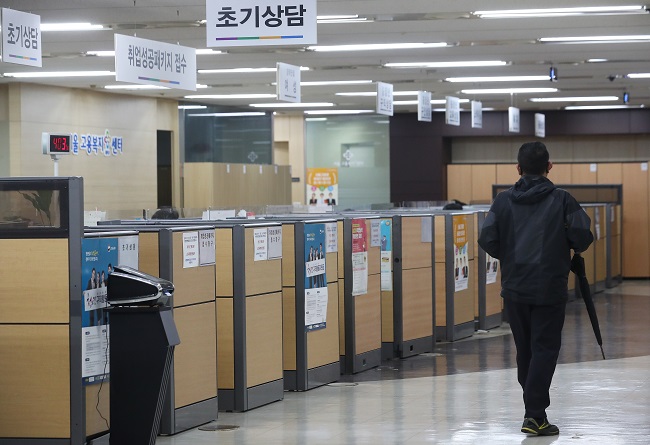 SEJONG, Jan. 24 (Korea Bizwire) — The number of discouraged workers in South Korea touched a fresh all-time high in 2021 due to a weak job market amid the prolonged coronavirus pandemic, government data showed Monday.

Asia’s fourth-largest economy had 628,000 discouraged workers, the largest tally since related data tracking began in 2014, according to the data from Statistics Korea.

Discouraged workers refer to those who are currently unemployed and have not sought to find jobs in the last four weeks due to no suitable job options or other reasons, though they are eligible for employment and are willing to work, with the experience of having looked for jobs in the past year.

The increase in the number of discouraged workers is widely seen as resulting from the flaccid labor market because of the fallout from the COVID-19 outbreak.

The data also showed the number of unemployed South Koreans who sought to find jobs for six months or longer standing at 128,000 last year, up 8.1 percent from 2020 and switching to an upturn in three years.

Long-term unemployed Koreans in their 20s and 30s numbered 65,000, accounting for slightly more than half the total.

The hike in the number of discouraged workers and long-term unemployed people came despite South Korea’s headline jobless rate fell to 3.7 percent in 2021 from 4 percent a year earlier, with the number of jobless people falling by 71,000 to 1.04 million.