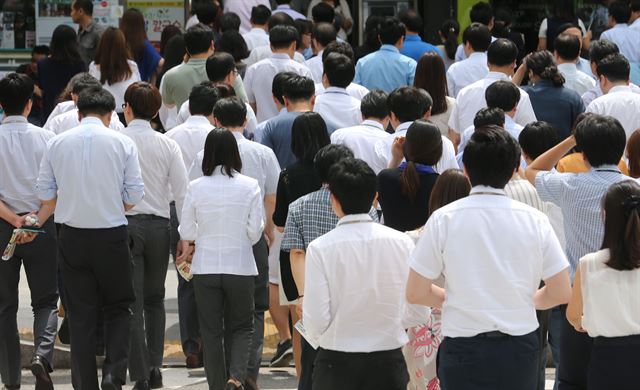 SEOUL, Aug. 20 (Korea Bizwire) — The income gap between wage earners in the top 10 percent and the bottom 10 percent was more than fourfold in South Korea last year.

The income gap of South Korean workers was the highest of all Organisation for Economic Co-operation and Development (OECD) member states, with the gap continuing to widen rapidly.

According to data released by OECD yesterday, the income of Korea’s top 10 percent wage earners was more than 4.3 times higher than wages of workers belonging to the bottom 10 percent.

From last year’s statistical data that studied the income gap of six OECD nations, South Korea was second on the list with the highest income gap after the U.S, where the income gap was 5.07 times.

The Czech Republic was third on the list with a 3.45-times income gap difference. New Zealand was lowest of the 6 nations with a 2.82-times gap.

In 2016, the top earners made 4.5 times more than bottom wage earners, ranking South Korea second out of the 22 nations that had verifiable data that made comparison possible.

The income gap between wage earners in the top 10 percent and the bottom 10 percent was more than fourfold in South Korea last year. (Image credit: Kobiz Media/Korea Bizwire)

During the same period, the income gap fell for such countries such as Hungary, Japan and the U.K. Critics say that the income gap in South Korea has been rising because of the clear division that exists between permanent and temporary worker categories.