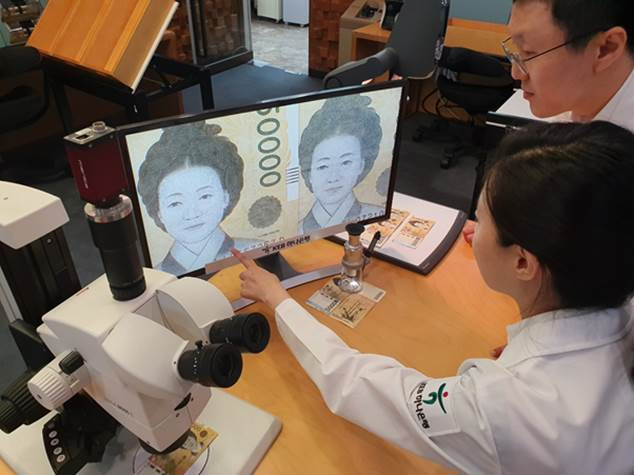 This undated file photo shows bank officials examining a magnified image of what appears to a fake banknote at a Seoul bank. (Yonhap)

The number of counterfeit banknotes found in Asia’s fourth-largest economy stood at 176 last year, down 96 from a year earlier, according to the Bank of Korea (BOK).

It marked the lowest tally since the BOK began releasing such data in 1998. The number of fake bills has renewed record lows for four years running.

The drop was mainly due to a decline in face-to-face transactions amid the prolonged COVID-19 pandemic, the BOK said.

The highest-denomination bill (50,000 won) had only 22 counterfeit cases, accounting for 12.5 percent of the total, according to the central bank.