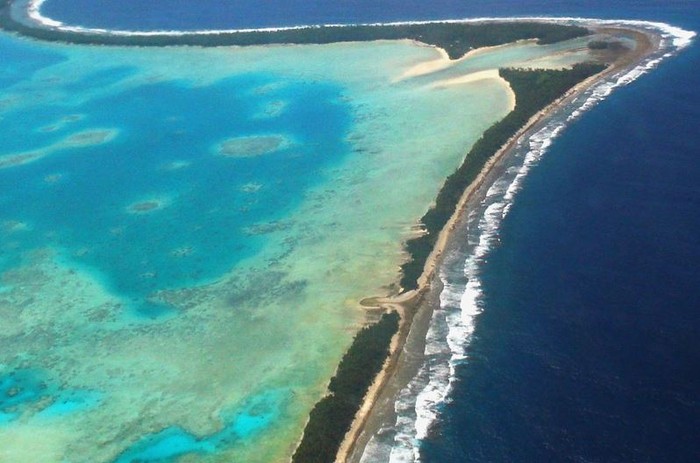 (image: Ministry of Oceans and Fisheries)

The two countries signed a memorandum of understanding in Funafuti, Tuvalu, for cooperation on building ports and developing coastal anti-disaster measures, the Ministry of Oceans and Fisheries said.

Tuvalu, a Polynesian island nation composed of reef islands and atolls, is five meters above sea level, and studies show that the surrounding sea level is rising 5 millimeters every year from global warming. The nation has about 10,000 residents.

The country’s Prime Minister Enele Sopoaga sought South Korea’s assistance in finding countermeasures during a symposium in his country in November last year. Tuvalu has obtained US$36 million from the U.N. Development Program’s Green Climate Fund for establishing such countermeasures.

Officials said the oceans ministry launched works in August to set up a basic plan with completion scheduled for June next year. South Korea will lay out construction plans after feasibility studies, they said.

“We will strengthen cooperation with Tuvalu not only on coastal management but in the maritime and fisheries sectors, as well as in manpower and exchange,” an official said.