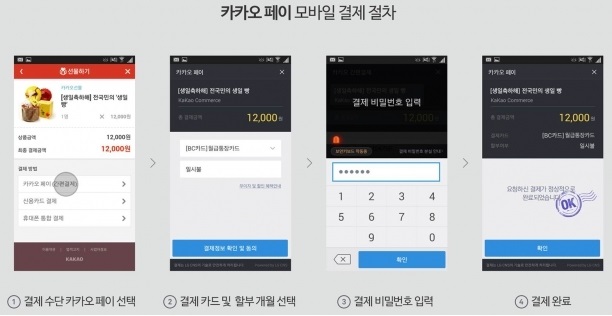 SEOUL, Sep. 24 (Korea Bizwire) — KakaoTalk, a multi-platform mobile messenger application company in South Korea, announced on September 23 that more than 500,000 users have joined its new mobile payment service KakaoPay only in 19 days right after the launch on September 5.

Indicating an upward surge in the newly launched mobile payment solution, KakaoPay gained 170,000 subscribers on a single day alone, on September 22 and the number of users for the service is increasing by 20,000 an hour.

“The number of service users is expected to accelerate in October when the number of payment system partners expands in earnest,” an official in the company said.

The service provider also reported that it agreed to partner with KB Kookmin Card, the nation’s leading credit card service provider. KakaoPay already secured other partners including BC Card, Hyundai Card, Lotte Card and Samsung Card. KakaoPay in partnership with BC Card and Hyundai Card are in service in the market while others are on a test stage.

The KakaoPay service is available on its shopping mall application KakaoPick and in-app stores in the KakaoTalk app.