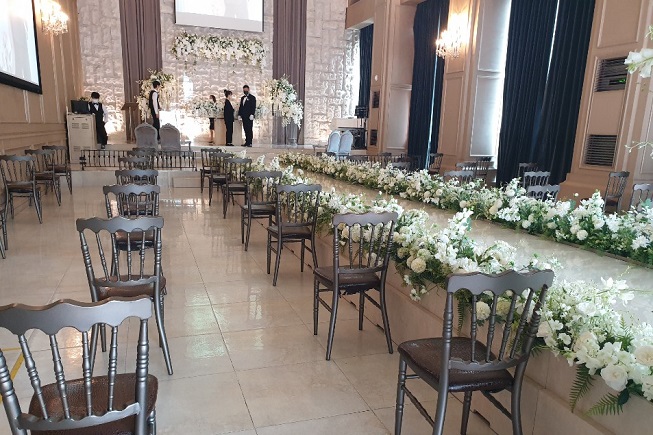 SEJONG, March 18 (Korea Bizwire) – The number of South Koreans getting married fell at a double-digit rate to an all-time low in 2020 amid young people’s changing attitude toward marriage and the negative impact of the coronarvirus pandemic, government data showed Thursday

The number of couples tying the knot in Asia’s fourth-largest economy reached 214,000 last year, down 10.7 percent from the previous year, according to the data from Statistics Korea.

The figure is the lowest since 1970, when the statistical agency began compiling related data, and represents the ninth straight year of shrinkage.

The annualized decrease rate is also the steepest since the 18.9 percent tumble recorded in 1971. It also marks the first double-digit decline in 23 years.

Last year’s drop came as more young South Koreans think marriage is not a must due to difficulties finding decent jobs or buying homes. The COVID-19 outbreak has also resulted in many canceled or delayed marriages, the agency said.

According to a 2020 government survey, only 51.2 percent of people aged 13 and older think they must get married, down 14 percentage points from 2010.

The median marrying age of first-time brides stood at 30.8 years, up 1.9 years from a decade ago.

The number of South Koreans marrying foreign spouses came to 15,000 in 2020, down 35.1 percent from a year earlier and accounting for 7.2 percent of the country’s total marriages.

Meanwhile, the number of divorces in South Korea came to 107,000 last year, down 3.9 percent from the previous year and marking the first annual drop in three years, with couples married 20 years or longer accounting for the largest portion of the total at 37.2 percent.