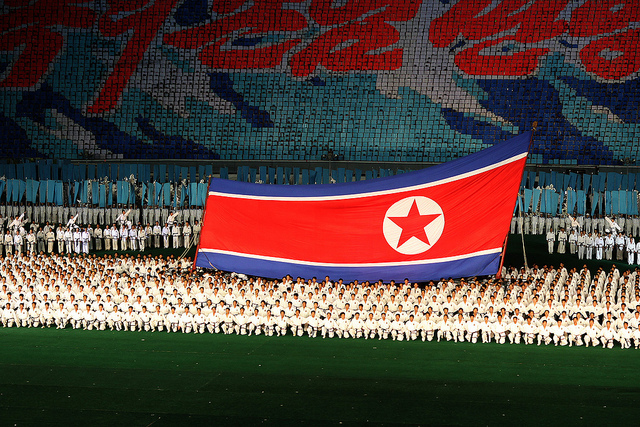 A rise in defection was largely attributable to Kim’s move to strengthen his iron-fisted rule and the toughening of international sanctions, the government said. (image: Flickr/ Roman Harak)

A total of 1,414 North Koreans came to South Korea last year, compared to 1,275 tallied for 2015, according to a preliminary data provided by the Ministry of Unification.

The total number of North Korean defectors in South Korea reached 30,208 as of end-December.

The 2016 tally marked the first time that the pace of annual growth picked up since 2011 when the North’s leader Kim Jong-un took office.

The number of defectors reaching the South peaked at 2,914 in 2009, but the pace of growth had fallen off since 2011 as Kim strengthened border control and surveillance over North Koreans.

A rise in defection was largely attributable to Kim’s move to strengthen his iron-fisted rule and the toughening of international sanctions, the government said.

North Korea is pressing its diplomats and overseas workers to send hard currency earnings home as it is being squeezed by international sanctions leveled by the U.N. Security Council.

In April 2016, a group of 13 North Koreans who worked at a restaurant in China defected to the South en masse.

Thae Yong-ho, a former ranking diplomat stationed in London, fled to South Korea in late July, becoming one of the highest-ranking officials to flee to Seoul.

In November last year, the government unveiled a set of measures to help North Korean defectors better adapt to life in the South as their total number here surpassed the 30,000 mark.