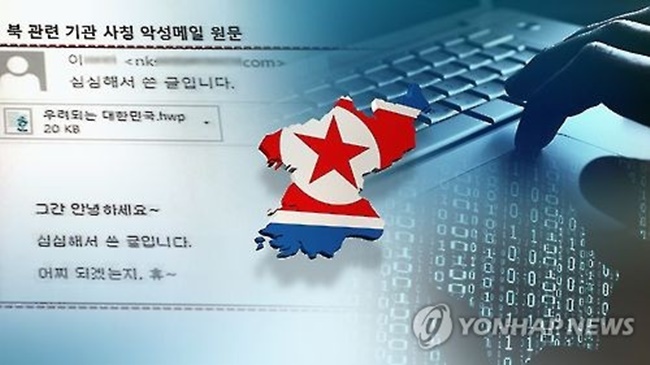 Watchers say any major cyber attack could wreak havoc on South Korea, one of the world’s wired countries. (Image: Yonhap)

SEOUL, March 24 (Korea Bizwire) – North Korea has been scrambling to reinforce its cyberwarfare capabilities and the number of its professional hackers is estimated to have reached about 7,700, a report issued in Seoul said Friday.

The report by the Korea Institute for National Unification said that South Korea should come up with comprehensive countermeasures in the face of growing threats of cyber attacks from the North.

North Korea currently has 1,700 well-trained troops belonging to seven hacking organizations under the ruling Workers’ Party and the Korean People’s Army, it said.’

Additionally, the North is believed to be operating about 10 cyberwarfare support organizations, which altogether employ about 6,000 professional hackers, according to the report.

Pyongyang is committed to enlarging its hacking forces after the late former North Korean leader Kim Jong-il declared in 2003 that the main battlefield for the 21st century would be in cyberspace.

Watchers say any major cyber attack could wreak havoc on South Korea, one of the world’s wired countries.

As recently as a few month ago, the smartphones of hundreds of South Korean diplomacy and security officials were exposed to a hacking attempt that reportedly originated from a North Korean group trying to spy on their text messages and contact lists.