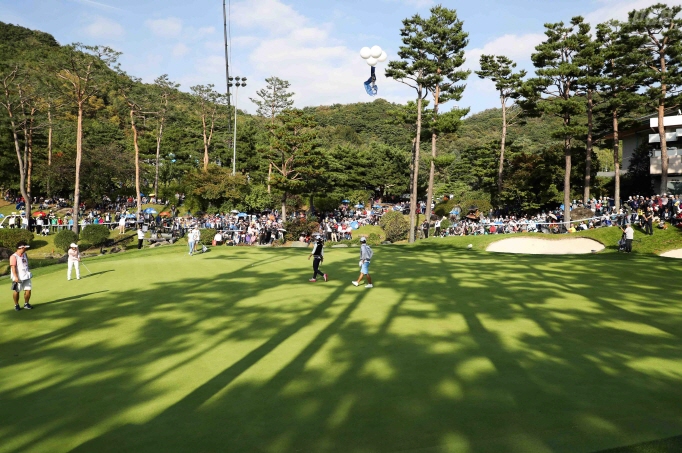 There is no denying the passion that Koreans have for golf, even compared to golf enthusiasts in the U.S. and Japan. (image: KLPGA)

SEOUL, Nov. 30 (Korea Bizwire) — According to recent data released by the Korea Golf Association, there are 6.36 million golfers in South Korea.

Official statistics in Japan estimated last year that there were 6.7 million golfers in Japan. Boasting a total population of 126.8 million people, Japan has more than 2,200 golf courses.

In this regard, to say that the number of Korean golfers is on par with Japan does not seem to add up, especially considering that Korea’s population is 50 million with only 500 golf courses found across the nation.

One sports expert claims that the lack of a common definition of the term, “golfing population” may have contributed to the discrepancy.

According to a survey released by Statistics Korea, the number of golfers in Korea was 3.86 million based on a stricter calculation that counted only those who played on actual golf courses.

The estimate released by the Korea Golf Association counted those who had played at golf practice greens.

Despite this fact, there is no denying the passion that Koreans have for golf, even compared to golf enthusiasts in the U.S. and Japan.