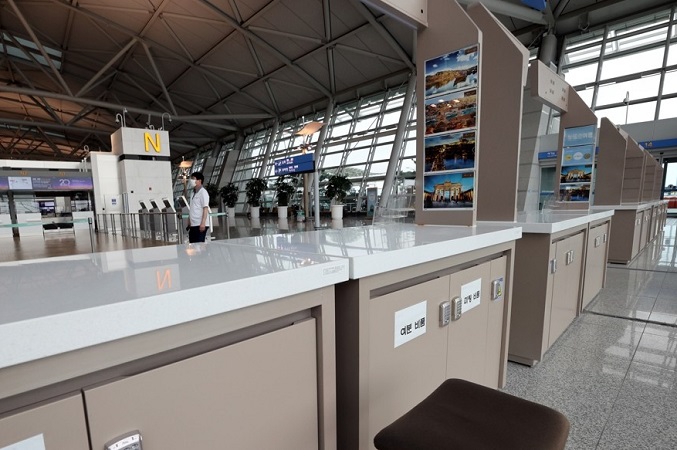 SEOUL, Nov. 9 (Korea Bizwire) — The number of travel agencies in South Korea has declined nearly 6 percent over the past two years in the wake of the coronavirus pandemic, industry data showed Tuesday.

There were 21,231 tour agencies in Asia’s fourth-largest economy as of end-September, down 6.1 percent from two years earlier, according to the data from the Korea Tourism Association.

The decrease came as pandemic-induced border closures across the globe made overseas travel difficult, forcing many tour agencies to shut down.

For example, industry leader HanaTour has been losing money due to the new coronavirus outbreak, with its operating losses reaching 26.5 billion won (US$22.4 million) in the third quarter of this year alone.

Its workforce, which exceeded 2,000 before the COVID-19 outbreak, has shrunk to around 1,200 since the company implemented a voluntary retirement program.

Industry watchers said the number of tour agencies could switch to an upturn down the road thanks to rising vaccination rates and relaxed social distancing rules across the world.

In contrast, campsites in the country have been gaining popularity among South Koreans, with the number soaring to 2,804 as of end-September, up 19 percent from 2,357 two years earlier, according to the data.

In November, South Korea implemented its first step to return to normal life on the back of a rising vaccination rate at over 75 percent.

Seoul has also signed “travel bubble” pacts with Saipan and Singapore, and is poised to ink more. A travel bubble refers to a quarantine-free travel partnership between two or more cities or countries with similar levels of COVID-19 cases.