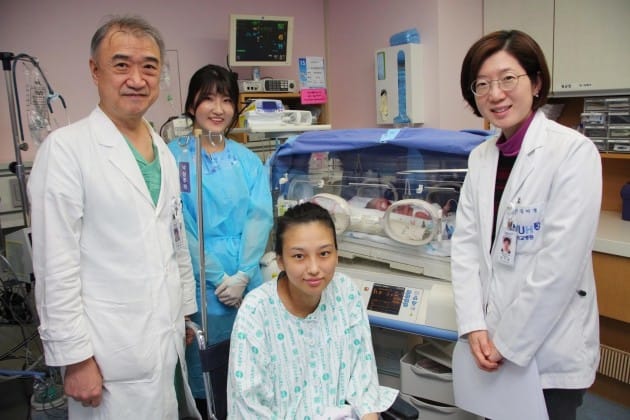 A mother who gave birth to triplets through two sets of births over a two-month period. (image: Seoul National University Hospital)

SEOUL, Aug. 23 (Korea Bizwire) — The number of triplets born in South Korea more than doubled over a six-year period, a report showed Thursday, reflecting a national trend in multiple births.

The report said the number of twins and triplets born over the cited period jumped 34.5 percent and 154.3 percent, respectively.

In contrast, the number of single babies born inched down 0.65 percent.

The rise in multiple babies is apparently due to increased births from insemination or other types of medical procedures.

The death rate of triplets, however, did not change over the cited period, while the rate for twins greatly improved. The death risk for infants born as triplets is 37.3 times higher than an infant born alone.