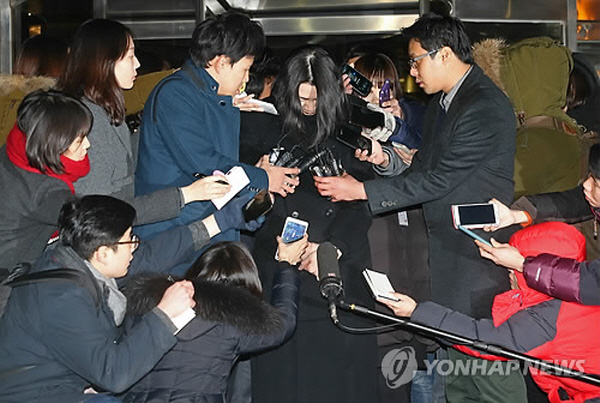 Cho said that she thought she lost everything, drawn in denouncements from the public. (image: Yonhap)

SEOUL, Apr. 21 (Korea Bizwire) — Following a Seoul court’s decision to sentence Cho Hyun-Ah, a former Korean Airlines vice-president, to three years in prison for violation of aviation safety, the former executive expressed feelings of regret at her appeal hearing, and plead for clemency on April 20 at Seoul High Court.

She said that she had hurt many others due to the incident and is thinking hard about her actions.

She cried when she talked about her young twins, saying that she hasn’t seen them for four months now. She said that she thought she lost everything, drawn in denouncements from the public. She also added that she had a newfound understanding and appreciation for the significance and weight of the responsibilities that came with her position.

Cho’s lawyer said that she has already suffered social punishment from the public, and she is in great pain since she cannot take care of her twins, who are not even two years old.

Her lawyer also revealed that Park Chang-jin, the ex-purser on the KAL flight and the victim in the nut rage incident, has been compensated with wages, bonus payments and paid flights. Kim, the flight attendant who was verbally assaulted by Cho, was also offered similar compensation, but refused to accept. Kim has currently quit her job at KAL and filed a civil suit in the U.S.A against Cho.

Cho’s lawyer said that although the defense cannot contact the plaintiff unofficially under American law, they will try their best to resolve the issue as smoothly as possible.