”It is questionable whether Cho truly feels remorseful. The so-called ‘nut rage’ case trampled on the integrity of humanity.”

“The air route covered the entire course from departure to arrival, including the runway. There was an in-flight announcement that the plane had left the gate and the seatbelt sign was on. It was clearly taxiing.” 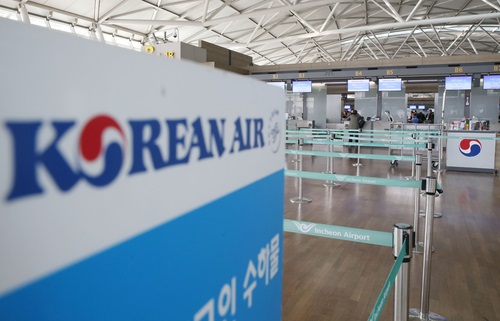 The court, however, said the air route covered the entire course from departure to arrival, including the runway. It also rejected her claim that she was unaware that the plane was taxiing. (image courtesy of Yonhap)

SEOUL, Feb. 12 (Korea Bizwire) – A Seoul court sentenced a former vice president of Korean Airlines Co. to one year in prison Thursday for obstructing aviation safety by ordering a taxiing plane to return to the gate over in-flight service in December.

Cho Hyun-ah, the eldest daughter of the airline’s chairman, was charged with changing the air route of a flight, violence leading to obstruction of aviation safety, intimidation, obstruction of business and obstruction of justice through deception.

The first, changing the air route, carries the heaviest penalty of up to nine years in prison with no option of suspension.

Cho was convicted of the charge despite her wish to receive a suspended jail term. Prior to the ruling, she had submitted six letters of apology to the judges to avoid imprisonment.

“It is questionable whether Cho truly feels remorseful,” Judge Oh Seong-woo said in the ruling. “The so-called ‘nut rage’ case trampled on the integrity of humanity.” 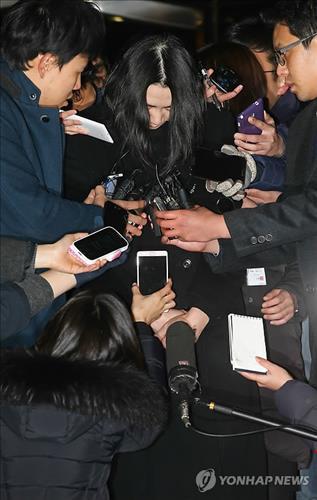 On Dec. 5, Cho ordered a senior crew member to de-plane after being served her macadamia nuts in an unopened bag instead of on a plate. The Seoul-bound Korean Air flight from New York had already been taxiing when she had it return to the gate.

She said the procedure violated the proper nut-serving protocol for first-class passengers. When the head of the cabin crew failed to find the section within the service manual explaining this protocol, she jabbed him with the manual multiple times and subjected him to verbal abuse, prosecutors said.

The news outraged the South Korean public, leading her to step down as vice president of cabin service four days later.

Cho had pleaded innocent, arguing that the airport runway was not part of the “air route” stated in the law.

The court, however, said the air route covered the entire course from departure to arrival, including the runway. It also rejected her claim that she was unaware that the plane was taxiing.

“There was an in-flight announcement that the plane had left the gate and the seatbelt sign was on,” the judge said. “It was clearly taxiing.”

The judge, however, cleared her of the charges that she interfered with the transport ministry’s probe into the case. He stated there was no evidence that Cho benefited from the details leaked by a ministry official, identified only by his surname, Kim.A jail sentence was necessary because the victims hadn’t forgiven Cho, the judge said. But, he added, he took into consideration there were no accidents and that Cho is the mother of 20-month-old twins.

Unlike at previous hearings, Cho was seen listening to the ruling with her chin up. Her eyes glistened with tears when the judge read one of her letters out loud.

At the detention center where she had spent the previous month, she said she was only given toilet paper, eating utensils, soap, underwear and a pair of socks.“My fellow inmates lent me shampoo and conditioner without asking me about the case,” the letter continued. “Without this experience, I would not have appreciated kindness from strangers.”
Prosecutors had sought a three-year prison term for Cho.Cho’s lawyer, Seo Chang-hui, said he will decide whether to appeal after talking with Cho.

In the same ruling, a Korean Air executive, identified only by his surname, Yeo, was sentenced to eight months in jail for ordering his subordinates to destroy an initial report of the incident, in an apparent attempt to cover up Cho’s wrongdoing.

The transport ministry official surnamed Kim received a suspended jail term for leaking details of a government probe into the case to Yeo.