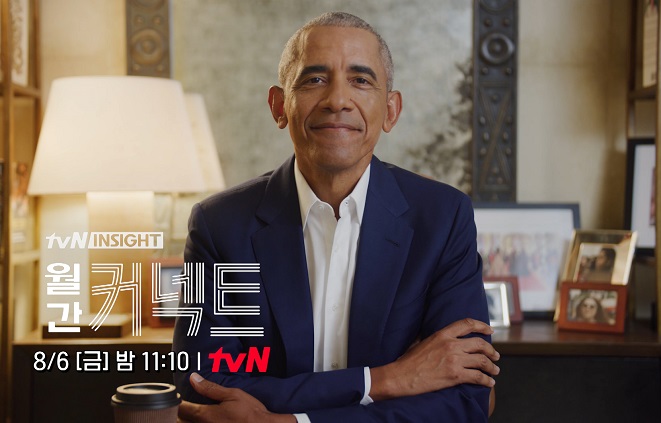 This promotional image of former U.S. President Barack Obama is provided by tvN.

According to tvN, a cable channel specialized in entertainment, Obama will connect to the channel’s late night “Monthly Connect” show as a guest later in the day.

The monthly show invites world-class leaders of various fields to impart their knowledge and experiences.

Previously, Michael Sandel, a Harvard professor renowned for his book “Justice,” and investor and financial commentator Jim Rogers appeared on the shows as guests from the U.S.

During his appearance, Obama will talk about his personal experiences as a politician as well as a father and a husband, focusing on how he managed to juggle the different roles.

He will also delve into the stories behind the publication of his presidential memoir, “A Promised Land,” tvN said.

“We are delighted to be able to share an honest interview with Obama and his special insight through his first ever appearance on a South Korean TV program,” the chief director of the program said. “It will shed light on the charm of Obama as a person.”