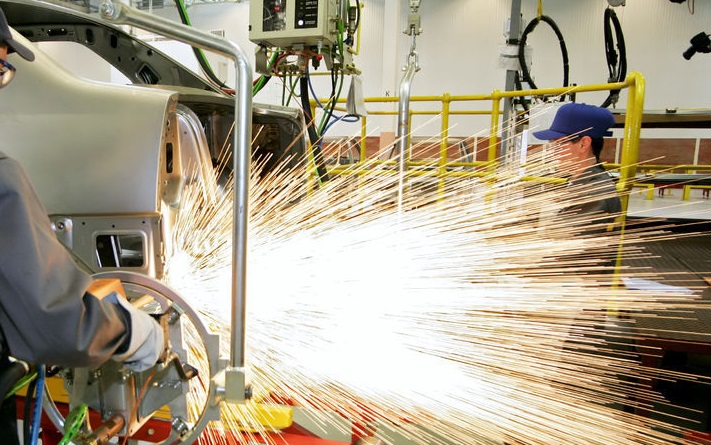 Titled “Enhancing dynamism in SMEs and entrepreneurship in Korea,” the paper recommended South Korea shift its policy from supporting the survival of SMES to raising their productivity. (image: Korea Bizwire)

SEOUL, Oct. 18 (Korea Bizwire) — South Korea’s small and medium-sized enterprises (SMEs) employ 88 percent of the country’s workforce, but their labor productivity stops at a third of that of large companies, a working paper from the Organization for Economic Cooperation and Development (OECD) said Thursday.

Titled “Enhancing dynamism in SMEs and entrepreneurship in Korea,” the paper recommended South Korea shift its policy from supporting the survival of SMES to raising their productivity.

The employment rate by SMEs in South Korea as of 2015 was the highest among OECD nations, comparable with 40.7 percent in the United States and 52.9 percent in Japan, according to the report. For statistical purposes, SMEs were defined as firms with up to 249 employees.

Yet, the labor productivity at SMEs ran far below that of large firms. In 2014, value added per worker at South Korean SMEs measured 32.5 percent of that at large firms, declining from 53.8 percent in 1988, to rank fourth lowest among OECD countries. The productivity gap between large firms and SMEs is one of the biggest in the OECD, the paper said.

“Low productivity in SMEs may be related in part to weak investment, which has limited their role in the transition to technology and knowledge-intensive activities,” the paper said. “On the positive side, their financial structure has been strengthened: the debt-to-equity ratio of SMEs, which soared to 305.5 percent during the financial crisis in 1997, fell to 168 percent in 2013.”

Such dispersion between productivity showed a correlation with the dispersion in average wage income, the paper noted.

“While the government has provided extensive support to SMEs, large productivity gaps between large firms and SMEs and between the manufacturing and service sectors have contributed to greater income inequality,” it said.

Making SMEs and startups a driver of economic growth and job creation requires a number of policies to improve the performance of SMEs, the paper said.

“The large-scale support for SMEs should shift from supporting the survival of firms to raising productivity. Measures to accelerate SMEs’ takeup of new technology and increase their participation in international trade would boost productivity and inclusive growth,” the paper argued.

Another priority is reforming the education system to solve the chronic labor shortages at SMEs, it said, as well as relaxing the regulatory burden and government control to allow innovative SMEs to create new products and services.

“Upgrading entrepreneurship education and lowering the personal costs faced by entrepreneurs who fail would be beneficial,” the paper said.