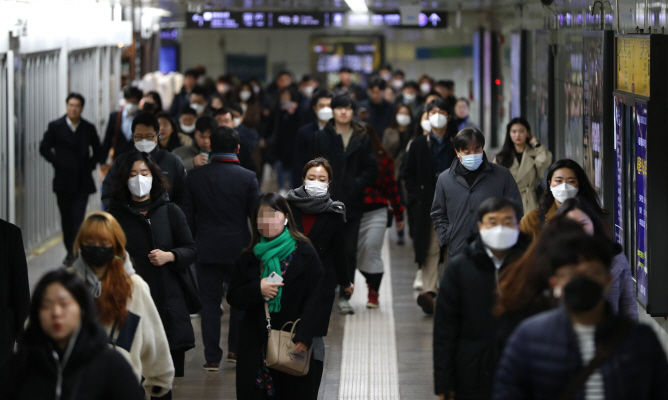 SEOUL, May 7 (Korea Bizwire) — A significant number of office workers have experienced wage cuts due to the coronavirus pandemic, a recent survey showed.

Incruit, an online job portal, conducted a survey of 576 office workers, 41.8 percent of whom saw their wages cut due to the coronavirus, mainly due to unpaid leave (16.3 percent), wage cuts (12.5 percent), and a recommendation to resign (4 percent).

Employees on unpaid leave spent an average of 28 days at home without pay. Those who suffered wage cuts saw their pay slashed by an average of 24.9 percent.

The majority of employees withdrew savings to make up for the loss (16.8 percent).

Other means included borrowing to cover living expenses (13.3 percent), getting a part-time job (13.1 percent), or withdrawing from investments or insurance plans (7.8 percent).

Roughly 90 percent of job seekers were afraid that they would fail to get a job before spring recruitment ends this year due to the coronavirus outbreak.

Saramin, another recruiting platform, conducted a survey of 1,352 job seekers, 92.9 percent of whom said they were afraid of not getting a job before spring recruitment ends.

As for why, 55.5 percent said ‘many companies have postponed recruitment schedules’.

The average score among job seekers in terms of their confidence in getting a job was 54, a failing score.

In a sign of the times, 74 percent of job seekers felt less confident due to the coronavirus outbreak, and 17.7 percent decided to give up on getting a job this spring.