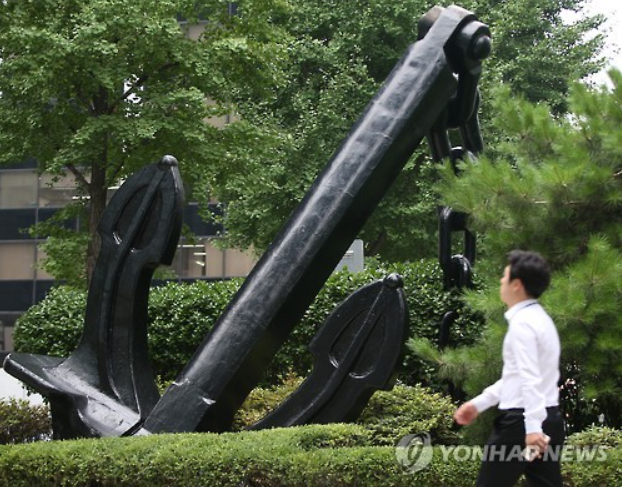 The country’s big three shipyards racked up a combined loss of 3.78 trillion won (US$3.26 billion) in the April-June period, a record loss. And their combined operating loss is estimated at 4.75 trillion won, also marking the largest-ever shortfall, according to the data.

The three shipyards reported their respective second-quarter earnings earlier in the day.

Hyundai Heavy, the No. 1 player, was not an exception. It logged a net loss of 242 billion won in the second quarter of the year, as it set aside massive reserves against potential losses stemming from a delay in the construction of low-priced ships and money-losing offshore facilities.

Daewoo Shipbuilding has said earlier it would book massive losses, estimated at some 2 trillion won, stemming from the construction of money-losing offshore facilities, on its balance sheet.

“Daewoo Shipbuilding’s debt ratio would rise sharply due to heavy losses, which will further dampen its stock price,” said Jun Jae-chun, an analyst at Daishin Securities. 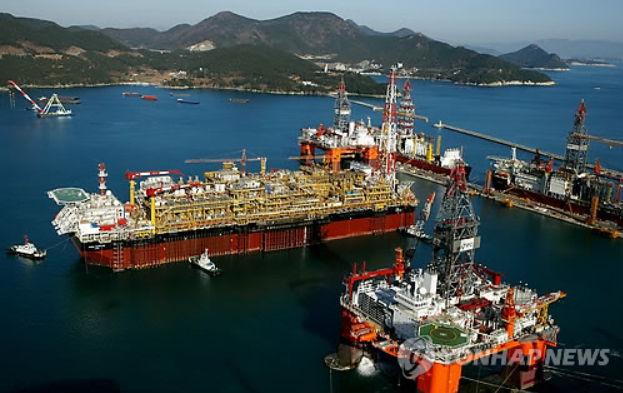 A shipyard in DSME in Geoje, South Gyeongsang Province

Samsung Heavy Industries also has said it may reflect the accumulated loss from its offshore facilities deals into its second quarter performance.

Their earnings outlooks have been continuously slashed in past months due to the delivery of low-priced ships and rising costs stemming from a delay in the construction of offshore facilities, such as floating storages.

Hyundai Heavy swung to a net loss of 2.20 trillion won in 2014 from a net profit of 146.3 billion won the previous year. It also recorded its biggest operating loss ever of 3.25 trillion won last year, a stark downturn from an operating profit of 802 billion won a year ago.

Adding to their gloomy earnings is the Greek debt crisis as the European nation is the No. 1 customer for South Korean shipyards.

Greece’s recent debt turmoil and austerity measures are feared to have a negative impact on local shipbuilders.

According to the data compiled by the Korea Investors Service, a local rating agency, South Korean shipyards have clinched orders valued at $10.2 billion from Greece to build 85 ships.

“The Greek debt crisis is likely to have a limited impact on local shipyards at the moment, but we cannot rule out the possibility of it having a far-reaching impact down the road,” said Seo Kang-min, an analyst at the Korea Investors Service.