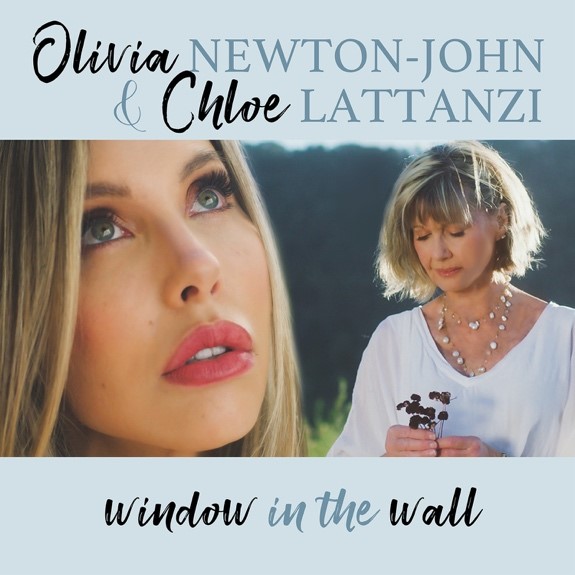 LAS VEGAS, Jan. 22 (Korea Bizwire) — Four-time Grammy Award-winner Olivia Newton-John and her daughter, singer/songwriter Chloe Lattanzi will release their new duet, “Window in the Wall,” an anthem aimed to unify and heal during these unprecedented times in the world, on Green Hill Productions a subsidiary of Primary Wave, Friday, January 22, 2021.

“I’ve always enjoyed singing duets more than singing on my own and when I first heard this song, I knew immediately that I wanted to sing it with my daughter Chloe,” says Newton-John. “The lyrics and melody really resonated with me and I hoped Chloe would feel the same way – and luckily she did!”

Produced by six-time Grammy Award-winner Dave Cobb, “Window in the Wall” is not the first time this mother/daughter team has hit the recording studio. Their debut single, “You Have to Believe,” a remake of Newton-John’s #1 single “Magic” from Xanadu, with additional lyrics by Lattanzi, was released in 2015 and reached #1 on the Billboard Dance Club Play Chart.

“There is always something special about singing with my daughter,” adds Newton-John. “She not only has a gorgeous voice, she’s an amazing musician with tremendous instincts as a singer.”

As the world is in the midst of so much chaos and turbulence, Newton-John and Lattanzi really connected with the song and its message of hope, love and understanding:

“When my mom played the song for me I knew I wanted to record it, not only because it was with my mom but, I felt the lyrics and message might help people see things from another perspective,” says Lattanzi. “We are all part of the same human race and if we listen to each other, respect each other and love each other – for both our likenesses and our differences – we might just understand each other a lot more.”

“Olivia and Chloe do a masterful job in delivering this special song with a genuine sincerity,” says Blake Davis, General Manager of Green Hill Productions. “I think it will not only strike a chord with Olivia and Chloe fans but touch a wide array of people who need to hear a message like this right now.”

Written by Tom Paden, Eddie Kilgallon and Tajci Cameron, “Window in the Wall,” will be available on Green Hill Productions, Friday, January 22, 2021, on all digital music platforms. For additional information, follow Olivia and Chloe on social media:

A photo accompanying this announcement is available at https://www.globenewswire.com/NewsRoom/AttachmentNg/2cd12e30-a6cd-4fb5-a3fa-1166a1121252