It was also reported that Christophe Dubi, the Olympic Games executive director for the IOC, said a “last push is needed” to reach the ticket sales goal. (Image: PyeongChang Organizing Committee)

SEOUL, Jan. 31 (Korea Bizwire) — The organizing body of the PyeongChang Olympics has said around 74 percent of tickets for the upcoming Winter Games have been sold thus far.

With the figure up 4 percent from ten days ago, Lee sounded hopeful tickets will sell out for the 2018 Winter Games, which will kick off in PyeongChang less than two weeks from today, while saying only ‘a small number of events’ account for the remaining 26 percent.

When asked about ticket sales for the opening and closing ceremonies, Lee said tickets still remained, and Bach responded by emphasizing the importance of getting the event off to a good start.

It was also reported that Christophe Dubi, the Olympic Games executive director for the IOC, said a “last push is needed” to reach the ticket sales goal.

Along with the growing tickets sales for the Winter Games, a number of arts and cultural events scheduled ahead of the games have been successful, including K-pop World Festa, featuring an all-star lineup including Boa, Red Velvet, and BtoB.

The very first performance of international performing arts troupe Art on Stage, which consists of over 110 teams from around the world, and the Korean National Ballet’s ‘Anna Karenina’ have enjoyed strong ticket sales. 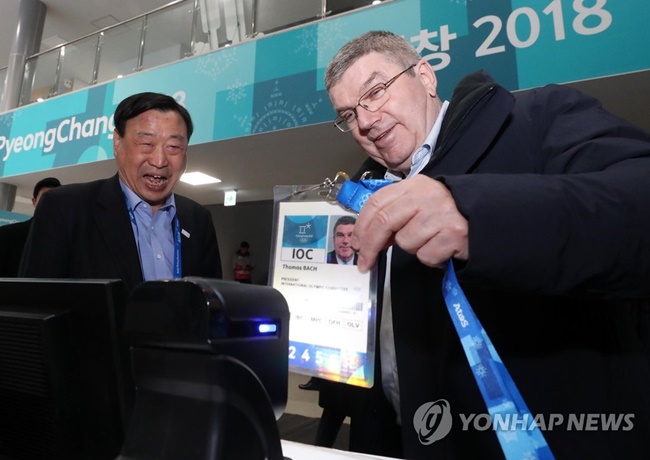 The organizing body of the PyeongChang Olympics has said around 74 percent of tickets for the upcoming Winter Games have been sold thus far. (Image: Yonhap)

“Given the fact that the programs were announced only earlier this month, the current level of interest and ticket sales are both impressive. For a host country to display cultural power and successfully launch cultural Olympic events in the run up to the Winter Games, public interest is crucial,” said Kim Tae-wook, general art director for the Cultural Olympiad.