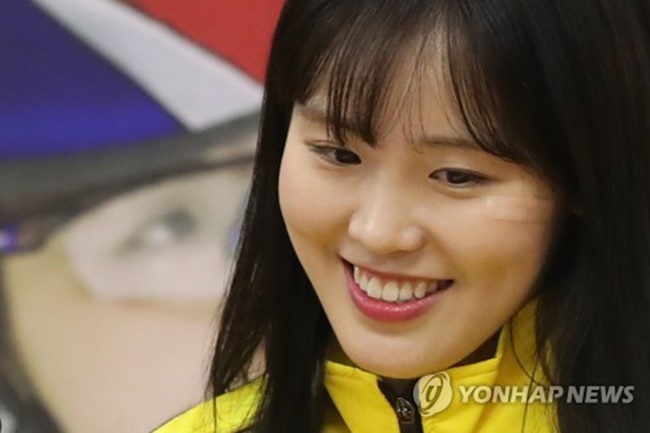 Kwak Yoon-gy, 26, and Kim A-lang, 22, were the oldest athletes on the men’s and women’s teams at PyeongChang 2018, where South Korea grabbed three gold, one silver and two bronze medals to lead all countries. No other nation won more than one gold medal in the sport. (Image: Yonhap)

Kwak Yoon-gy, 26, and Kim A-lang, 22, were the oldest athletes on the men’s and women’s teams at PyeongChang 2018, where South Korea grabbed three gold, one silver and two bronze medals to lead all countries. No other nation won more than one gold medal in the sport.

Kim isn’t a grizzled veteran by any stretch of imagination, but three of her four teammates at PyeongChang were teenagers. She said she carried a heavy burden of being the most senior skater during the first Winter Games to take place in South Korea.

“Now that the Olympic Games are over, I’d like to free myself from that pressure, and just enjoy skating,” Kim said at a press conference at Goyang City Hall in Goyang, just west of Seoul. Both Kim and Kwak represented the city, and Goyang held a homecoming ceremony for them both.

“I’d never expected to take on that role at a competition as big as the Olympics,” Kim added. “But I had a lot of people who helped me along the way.”

Kim was a member of the gold medal-winning women’s 3,000-meter relay team at PyeongChang 2018. This was Kim’s second straight Olympic relay title, and she said there was nothing easy about defending the gold medal.

“Going into the Olympics, I wasn’t skating up to par and had my share of ups and downs,” she said. “It was difficult to overcome those at first. But I knew I had supportive people behind me. I wanted to start from scratch and I think it actually helped me post such a good result.”

Kwak was the only skater with previous Olympic experience on the men’s team. He won a silver in the men’s 5,000m relay at the 2010 Vancouver Olympics.

He returned to the Olympics this year after missing out on the 2014 Sochi Games, though he failed to add to his medal tally. Kwak only competed in the 5,000m relay, but his teammate, Lim Hyo-jun, fell midway through the final and cost the team a chance to win a medal. 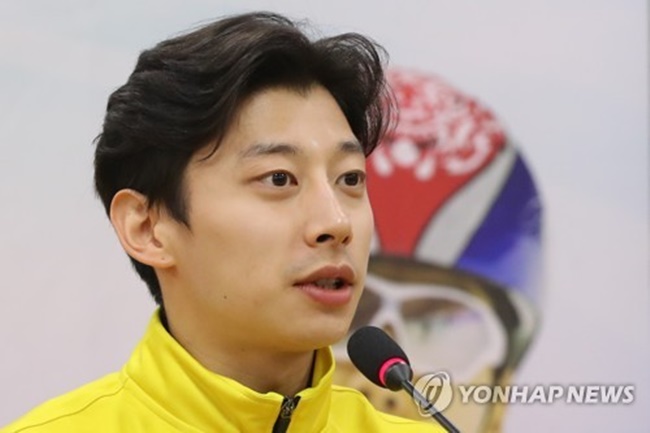 Kwak also said being the elder statesman on his team, especially in a sport that always carries high expectations, was stressful at times.

“Fortunately, I was able to learn so much from our coaching staff,” Kwak said. “And I had such great teammates and they made my job easy.”

Kwak said coming home from PyeongChang empty-handed has inspired him to take another shot at an Olympic medal at the 2022 Beijing Winter Olympics.

“I wanted to reach the top of the podium at PyeongChang, and I am disappointed I couldn’t get it done,” he said. “But I’ve been able to regroup thanks to some encouraging words from people around me. I feel like I can perform much better in Beijing.”