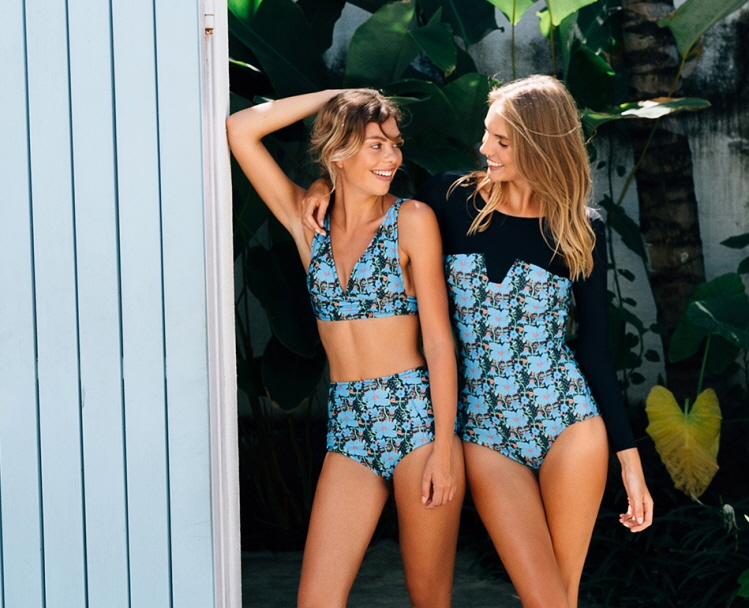 A very common sight on beaches and at swimming pools in previous years, rash guards are now being snubbed after the resurgence of one-piece swimsuits and bikinis. (image: Jucy Judy)

A very common sight on beaches and at swimming pools in previous years, rash guards are now being snubbed after the resurgence of one-piece swimsuits and bikinis.

Surfing suits also saw a rise in sales thanks to an increased following in the sport.

According to Gmarket, an online shopping website operated by eBay Korea, sales figures for monokinis (deeply cut ladies’ one-piece swimwear) grew 29 percent from May to June of this year compared to the same period last year.

An official at Gmarket said that one-piece swimsuits and monokinis have become very popular recently.

And as more people take up surfing as a hobby, sales of surfing suits increased 113 percent from the same period last year. In the most recent week alone, surfing suits saw a sales jump of 250 percent.

11Street, the online ecommerce website operated by SK Planet, also reported strong sales of bikinis, with 19 percent more sold this year compared to last year, while the increase for rash guards stood at only 11 percent.

Kim Min-ji, a merchandiser for SK Planet, predicted that this year’s summer swimwear trend will shift from rash guards to bikinis, especially for the younger population in their 20s and 30s.