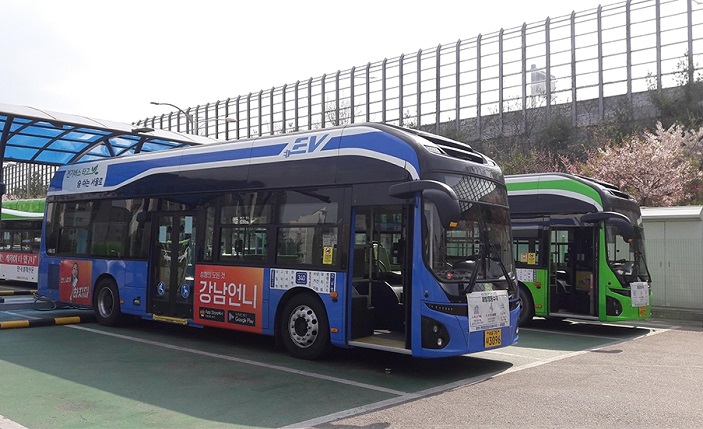 This photo, provided by Seoul city, shows electric buses at a garage in Seoul.

SEOUL, Oct. 22 (Korea Bizwire) — Roughly one third of the electric bus currently in use in South Korea were made in China.

Rep. Bae Jun-young of the People Power Party submitted a report from the Ministry of Economy and Finance and the Korea Customs Service that said that 28 percent (585) of the 2,122 electric bus for public transportation deployed over the last three years were imported from China.

Imports of Chinese electric buses have also increased each year, surpassing US$110 million in total over the past three years.

The amount of exempted value-added tax for electric buses in the last three years reached a total of 71.9 billion won (US$61 million).

The government has been offering to exempt electric buses from value-added tax to encourage their use, which has resulted in larger imports of Chinese electric buses, Bae said.