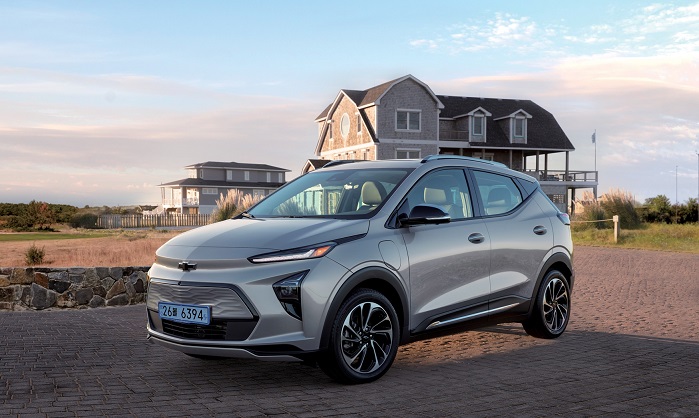 The South Korean unit of General Motors Co. announced that the Bolt EUV, the Chevrolet brand’s first electric SUV model, will be sold exclusively through the Chevrolet online shop starting from Wednesday.

Without the need to visit a Chevrolet offline showroom, customers will be able to use a full range of services ranging from payment to delivery through the online shop.

Other carmakers such as Hyundai Motor Co. and Kia Corp. have failed to introduce online sales due to resistance from their labor unions.

GM Korea, however, has been carrying out online sales for its brand-new models through negotiations with sales outlets.

Instead of selling the Bolt EUV 100 percent online only, GM Korea decided to sell the Bolt EV only through offline agencies just as it did before.

This decision is interpreted as adjusting the tempo of change in recognition of possible resistance from the labor union and affiliated agencies.