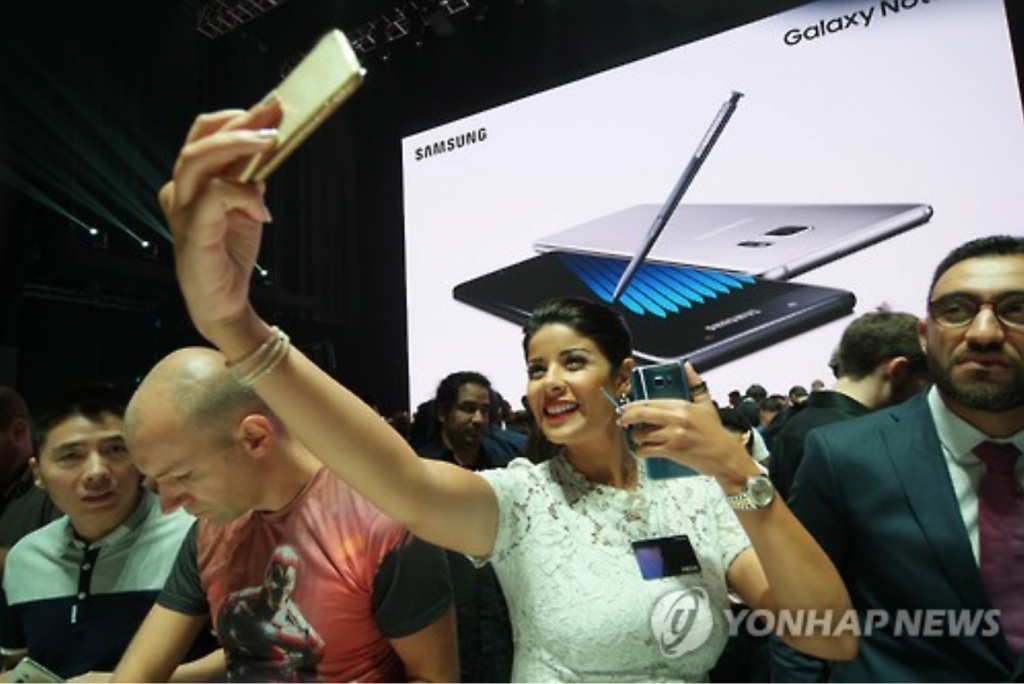 “Samsung continues to ensure that consumer safety remains our top priority. We are asking users to power down their Galaxy Note 7s and exchange them now,” Tim Baxter, president of Samsung Electronics America, said in a statement. (image: Yonhap)

According to an online survey of 11,621 Internet users by a U.S. technology news website, Android Police, 39 percent said the recall “hasn’t affected my trust or perception of Samsung’s brand.” The survey began on Sept. 4.

Another 36 percent responded that they are “actually more trusting because of Samsung’s speed and effectiveness in addressing the issue.”

Only 13 percent of the respondents said they “feel somewhat less trusting of Samsung’s smartphones because of the Note 7 recall.”

Eleven percent said their trust in or perception of Samsung “has been greatly diminished by the Note 7 recall.”

Over the weekend, Samsung’s U.S. unit confirmed it has been collaborating with the United States Consumer Product Safety Commission (CPSC) following its announcement of battery cell issues related to the Galaxy Note 7.

“Samsung continues to ensure that consumer safety remains our top priority. We are asking users to power down their Galaxy Note 7s and exchange them now,” Tim Baxter, president of Samsung Electronics America, said in a statement.

“New Note 7 replacement devices will be issued to exchange program participants upon completion of the CPSC process. In the interim, consumers can return their Note 7 for another device,” Baxter said.

According to GSMArena, 63 percent of 7,465 poll participants said they would replace their Note 7s with new ones, while 37 percent said they would buy other brands such as the iPhone 7 Plus.

SamMobile, a blog made by fans of Samsung gadgets, also conducted an online survey which drew 2,011 participants by 8:50 a.m. Monday.

When asked, “Did you lose trust in Samsung after the Galaxy Note 7 debacle?” 46 percent said, “Not concerned. Recalls happen in all industries.”

Another 39 percent said, “Not really. I appreciate how Samsung has handled it,” while the remaining 15 percent said, “Yes, absolutely. Will not buy a Samsung product again.”

Industry officials said a string of recent polls have again proven the high level of consumer loyalty towards the Samsung brand.