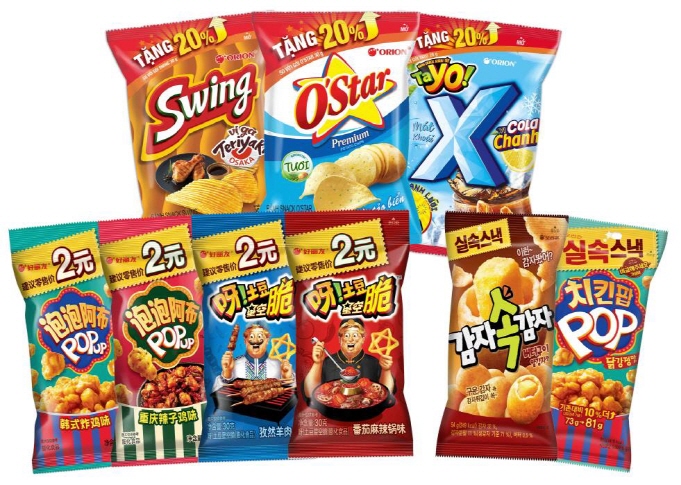 The reasonably priced snack line will offer products that focus on “cost-effectiveness” by setting prices based on convenience store sales at 1,000 won (US$0.81), including Chicken Pop, which was re-launched in 2019.

Orion explained that cheap snacks are gaining popularity among young people who weigh price and quality, with Chicken Pop becoming a popular product with annual sales of around 20 billion won (US$16.2 million).

Accordingly, the company plans to expand its market share in China’s small and medium-sized cities by launching small-volume, cost-effective products in China as well.

These products have adopted a long packaging design unique to cost-effective snacks so that they are easy to hold with one hand and sell for an affordable price of 2 Chinese yuan (US$0.28) in local prices.

In Vietnam, small-volume products such as Pockachip and Swing Chip are also receiving favorable responses, accounting for about 70 percent of the total potato snack sales at Orion’s Vietnamese subsidiary.

“Cost-effective snacks that have increased consumer satisfaction are popular not only in Korea but also in overseas markets, leading the growth of the snack category,” an Orion official said.