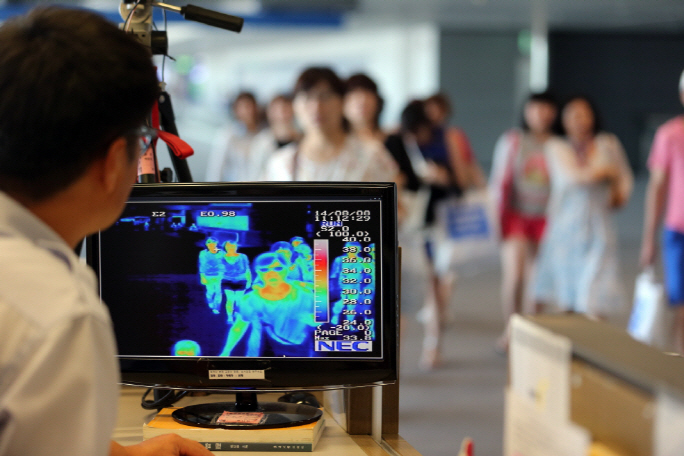 “In line with a rise in overseas travelers, there has been a steady increase in the inflow of contagious diseases into South Korea,” the report said. (image: Yonhap)

A total of 529 direct-flight entrants were found to have contracted dengue fever, malaria and other infectious diseases in foreign countries that year, according to the report by the Korea Centers for Disease Control and Prevention (KCDC).

That translated to about 1.4 per 100,000 South Koreans and foreigners who flew to the country from abroad.

Of the total, 415 arrivals from Asian countries had infectious diseases, followed by Africa with 80, the Americas with 15 and Europe with 10.

By country, the Philippines ranked first with 112, trailed by Vietnam with 69, Thailand with 45 and India with 40.

“In line with a rise in overseas travelers, there has been a steady increase in the inflow of contagious diseases into South Korea,” the report said. “There is a need to come up with measures to deal with the trend effectively.”

The report comes after a recent outbreak of measles in several towns across the nation. Dozens of South Koreans have contracted measles after returning from trips to the Philippines and other Asian countries.