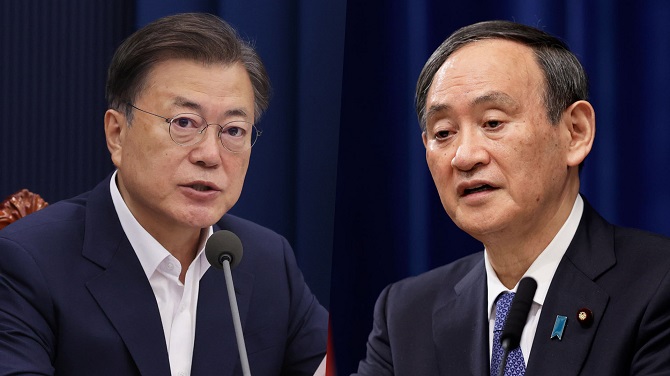 SEOUL, July 21 (Korea Bizwire) — The majority of South Koreans support President Moon Jae-in’s decision not to visit Japan for the opening of the Tokyo Olympics and summit talks, a poll showed Tuesday.

In the R&Search survey of 1,095 people aged 18 and older, 65.5 percent of the respondents were in favor of Moon’s decision, while 26.7 percent were against it.

Cheong Wa Dae announced Monday that the president decided not to visit Tokyo as the two neighboring countries failed to achieve sufficient progress in consultations to hold the first face-to-face summit between Moon and Japanese Prime Minister Yoshihide Suga on the occasion of the Olympics.

The recent remarks by a senior Japanese diplomat disparaging Moon’s efforts to improve ties with Tokyo also appear to have affected the decision.