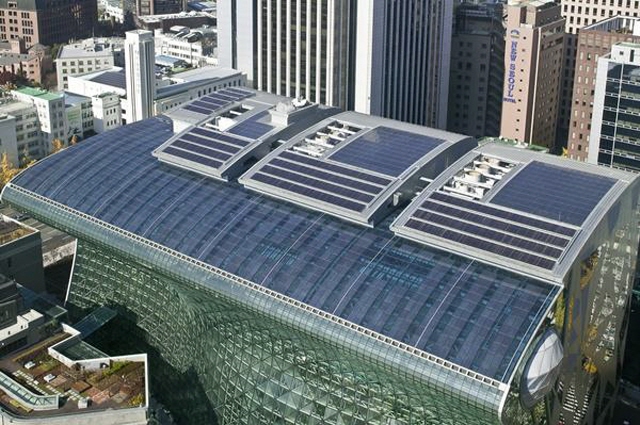 SEOUL, Sept. 17 (Korea Bizwire) — More than eight in 10 South Koreans favor the increased use of renewable energy on the grounds that it is clean and inexhaustible, a poll showed Monday.

According to the survey of 1,003 South Koreans across the nation, 86.2 percent of respondents said they are in favor of the expansion of renewable energy, such as solar and wind power.

Slightly over 11 percent answered that they are against such a policy, with the remainder saying they don’t know.

Approximately 80 percent of those in favor think the expanded use of renewable energy, which can be obtained from nature without limitation, is an effective way to cope with global warming.

But they cited vulnerability to weather and high power generation costs as the major weak points of renewable energy.

About 42 percent of respondents said the top priority of the government’s energy policy should be the reduction of environmental pollution, with another 28 percent citing economic viability.

The survey, conducted jointly by the Korean Society for New and Renewable Energy and the Green Energy Strategy Institute, also showed some 83 percent of the pollees opposing nuclear or thermal power generation when South Korea should build additional power stations.

South Korea is currently estimated to generate around 30 percent of its electricity from clean energy. Nuclear power plants account for one-third of power generation in South Korea, which has 24 nuclear reactors.

President Moon Jae-in has made clear his government will not build new nuclear power plants and will phase out those already in operation as they reach the end of their life cycles.