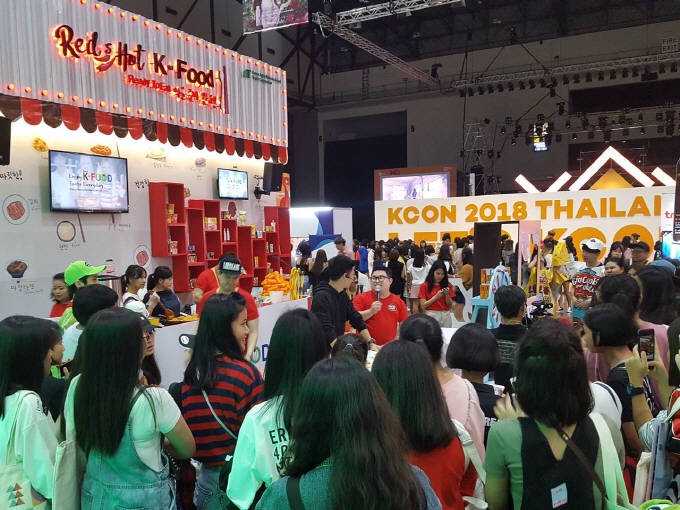 The three products, often referred to as the K-Food troika, have been making steady headway in foreign markets over the years thanks to their high quality, taste and uniqueness, market watchers said.

“Orion Corp.’s Choco pie snack was the only product to have reached the milestone export number, but in 2018 it was joined by CJ Cheiljedang Corp.’s Bibigo mandu, or dumplings, as well as the very popular instant noodles made by Nongshim Co.,” an observer here said. 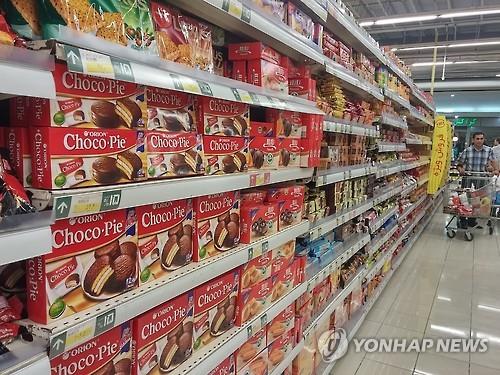 CJ Cheiljedang, one of South Korea’s leading food producers, said since Bibigoo dumplings’ overseas launch in 2015, demand has been high, with sales reaching 124 billion won in its first year, and 240 billion in 2017. It said sales have been good in places, like the United States and China, with the company aiming for overseas sales of 700 billion won in 2020.

“The aim is to make products that best meets the taste buds of each country,” a corporate source said.

Choco pie, whose sales first exceeded 300 billion won in 2012, did suffer some setbacks in 2017, in the Chinese market, although things have improved since then.

Orion first built a production line in China in 1997, followed by plants in Vietnam and Russia in 2006.

The company also said it has been making snacks that best reflect the demands of each market.

Nongshim said that its spicy noodle that had been popular in Japan and China for some time, have become established in the large U.S. market, which has helped growth.

It said Shin Ramen is now sold in Walmart, Costco and Kroger outlets across the North American country.

The market share of the easy-to-eat noodle in the U.S. stood at 15 percent last year, up from just 2 percent a decade earlier. This placed it third after two Japanese brands.

“In the near future, total overseas sales of Shin Ramen will exceed those for the home market, where it has remained at the top of the pile,” a company representative said.