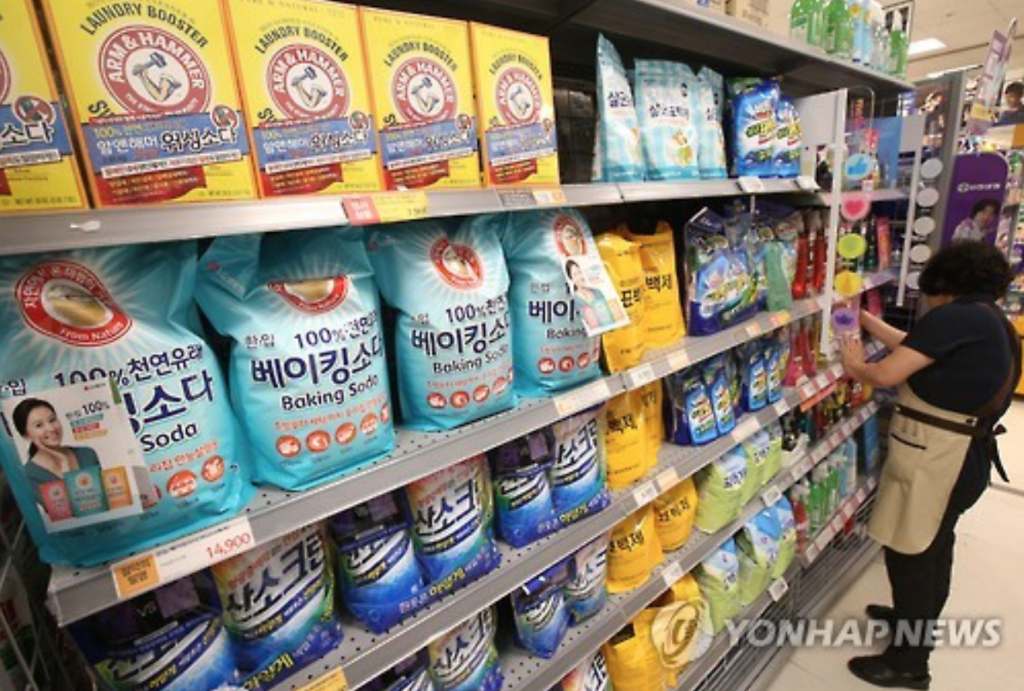 No products of Britain’s Oxy Rekitte Benckiser are found on the shelves of a retail store in Seoul amid a consumer boycott on June 27, 2016. Angry South Korean consumers have been staging a boycott campaign nationwide as the British company’s toxic humidifier disinfectants are suspected of having claimed scores of lives in the country. (image: Yonhap)

“We have reflected a variety of demands from the victims and their families in our plans. Serious mental trauma, deaths of young children and delays in compensation have all been taken into account,” an Oxy RB official said.

Starting from Aug. 1, Oxy RB plans to receive applications for compensation from the victims and will post all the details involving the compensation plans on its webpage. The compensation process will be handled by a task force team composed of Oxy RB executives and employees, the company said.

The company will continue to cooperate with the government, medical officials, other disinfectant makers and civil groups to fully resolve the issue, it added.

Under the programs, Oxy RB said in a statement it will pay for all the treatments for diseases related to the disinfectants. It also plans to provide up to 350 million won (US$314,000) in compensation to the victims for any mental pain they had to endure.

As for the cases involving young children who were seriously affected or died because of the chemicals, the South Korean unit of the British company said it will offer 1 billion won in compensation, which includes compensation for emotional trauma worth 550 million won, to the victims or their families.

The final compensation plans didn’t change much from Oxy RB’s original offers but included an additional compensation of 50 million won for families who have more than two victims, the statement said.

Still, some of the victims and their families said the Reckitt Benckiser Group, not its Seoul unit, should come forward to make a “direct and official” apology among other things.

In 2001, Reckitt Benckiser acquired Oxy Co. for 162.5 billion won and began selling the Korean company’s products under the name of Oxy Reckitt Benckiser. The British company has sold more than 120 household items and five medical products, including Strepsils lozenges and Gaviscon antacid, here.