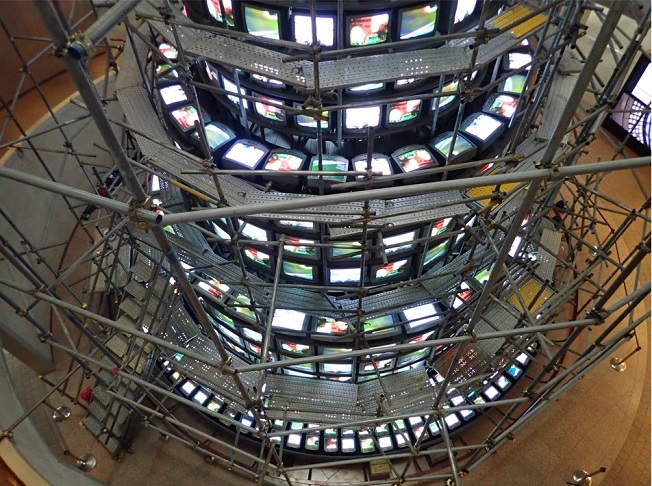 This photo provided by the National Museum of Modern and Contemporary Art shows Paik Nam-june’s “The More The Better” on a test run at the museum hall in Gwacheon, south of Seoul.

The six-tier conical tower consists of 1,003 cathode-ray tube (CRT) monitors emitting a cascade of light and colorful images to symbolize the immensity of mass communication and information dissemination not long after the mass distribution of the first color television.

It was installed at the National Museum of Modern and Contemporary Art (MMCA) in Gwacheon, south of Seoul, in 1988.

But the 18-meter flickering tower came to a complete stop in 2018 due to technical problems and the MMCA has been conducting a restoration project to bring the masterpiece fully back to life since 2019.

“The MMCA started a test run of ‘The More The Better’ on Jan. 17 for six months after completing a basic preservation and restoration process,” the museum said in a press release.

“Through the trial run, we will closely check the condition of the artwork and draw out longer-term plans to maintain its durability.”

It said the trial run will be carried out in three stages. As for the first round, the video tower will operate two to eight hours a day through March, while the subsequent timetables will be disclosed later.

The test operation is also open to the public, the museum said.

The MMCA said while its restoration project for “The More The Better” was aimed at keeping the original artwork intact, it had to replace some old monitors with LCD ones.

Out of the total 1,003 monitors, 735 were fixed and 268 of them were substituted for LCD monitors, according to the MMCA. 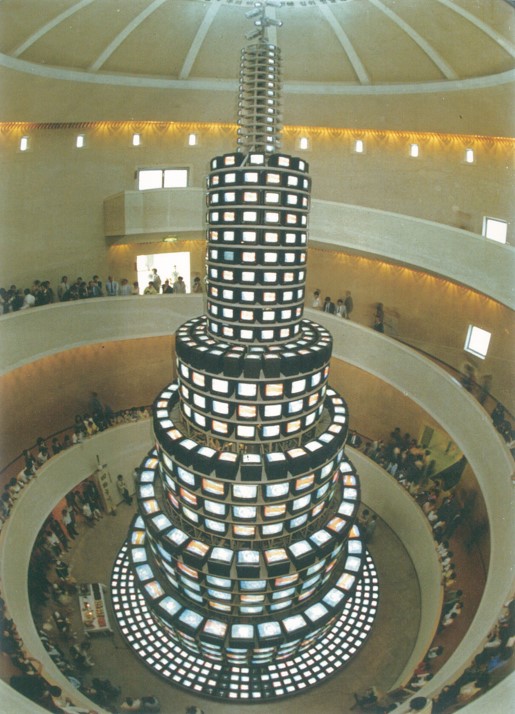 This file photo provided by the National Museum of Modern and Contemporary Art shows Korean American artist Paik Nam-june’s “The More The Better” installed at the museum in Gwacheon, south of Seoul, in 1988.