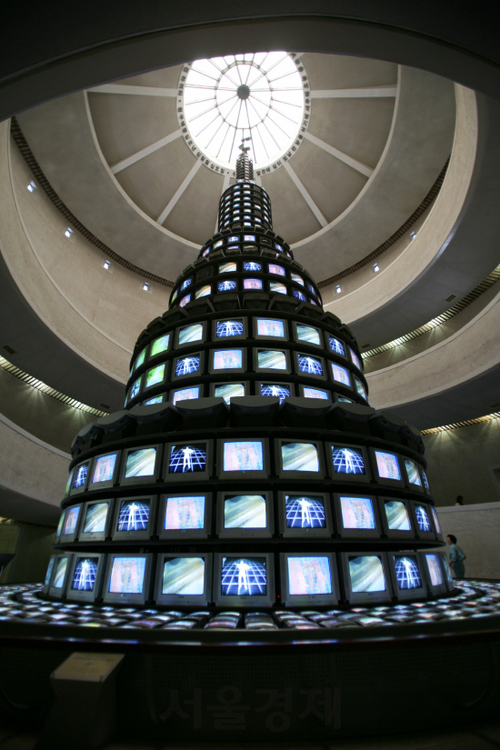 SEOUL, Jan. 27 (Korea Bizwire) — As many of the hundreds of monitors in video artist Paik Nam-june’s ‘The More the Better’ are not functional, a repair program has been planned which will last until the upcoming National Liberation Day. On January 26, the National Museum of Modern and Contemporary Art stated, “We plan to finish the conservation repair task so that all the monitors of ‘The More the Better’ can operate by the upcoming August 15th.”

‘The More the Better’ was designed by Paik Nam-june and architect Kim Won in commemoration of the 1988 Seoul Olympics. It is a work of art that has been evaluated as being part of Paik’s final edition of multimedia installation in the 1980’s, together with ‘Tricolor’ (1982) at the Pompidou Art Museum of France.

However, because of deterioration and the discontinuation of the monitors used in the piece, over 300 of the 1003 total units comprising the work of art have not been in operation.