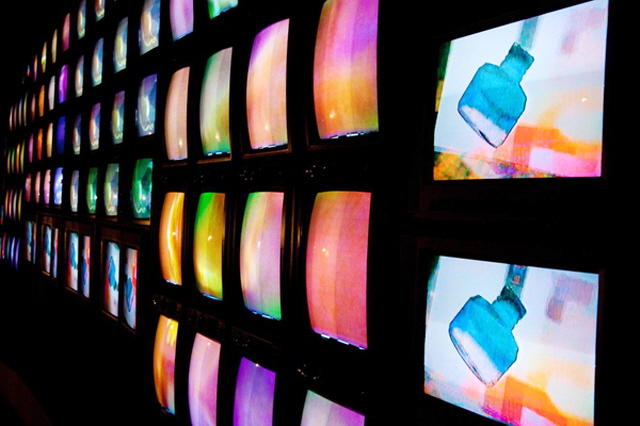 Titled “Nam June Paik: The Maestro of Time,” the exhibition began on Thursday (U.S. time) and runs through Jan. 31 in celebration of the center’s 40th anniversary.

The highlight is “M200/Video Wall,” a large-scale video art created in 1991 in commemoration of the 200th anniversary of Mozart’s death.

“The exhibition celebrates an artist who freely orchestrated the concept of time across the past, present, and future,” the cultural center said.

Paik’s many titles — the father of video art, avant-garde musician, performance artist, and thinker, among many more — are made evident through this exhibit, it added.

The exhibition also displays rare photos of Paik performing a shamanistic ritual, called gut, in 1990 in commemoration of the German Fluxus artist Beuys, who was Paik’s best friend and benefactor.

The 25 black-and-white photos were taken by Choi Jae-young, a South Korean photojournalist.