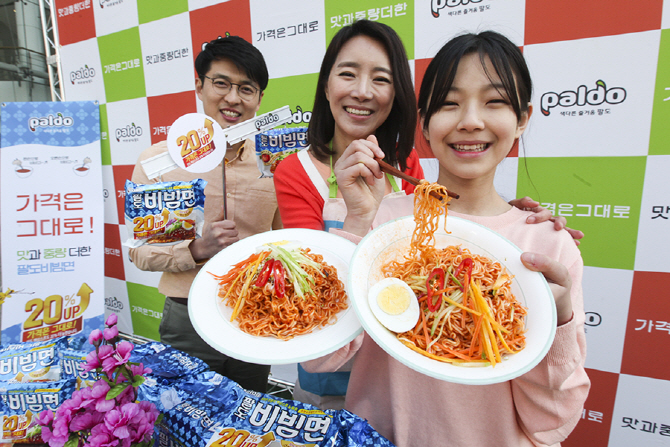 SEOUL, Dec. 27 (Korea Bizwire) — South Korean instant noodle maker plans to release a large capacity version of its flagship cup noodle product. RM, the leader of global dynamo BTS, played the role of the ‘modisumer’, a combination of the terms ‘modify’ and ‘consumer.’

Paldo Co. is preparing its Paldo Bibim Men Instant Cold Cup Noodles that is 1.2 times larger than the original with the goal of releasing it in late February or early March next year, according to industry sources.

RM’s comment had a huge impact on the company’s decision to release the large capacity version. He is known to be a big fan of Bibim Men and has been caught eating bibim noodles several times while communicating with fans on live broadcasts.

RM expressed his wish that a product 1.5 times the size would be released because one was too small and two was too much to digest.

Based on RM’s opinions and the feedback it received from other consumers, Paldo decided to release a large-capacity version.

As such, so-called ‘modisumer’ marketing that reflects consumers’ opinions to modify products is positioned as a mainstream trend for the retail industry.

Good examples of such marketing include Ottogi Co.’s Keyonnaise, a combination of ketchup and mayonnaise, and Nongshim Co.’s Kaguri, a mixture of curry with instant Neoguri cup noodles.