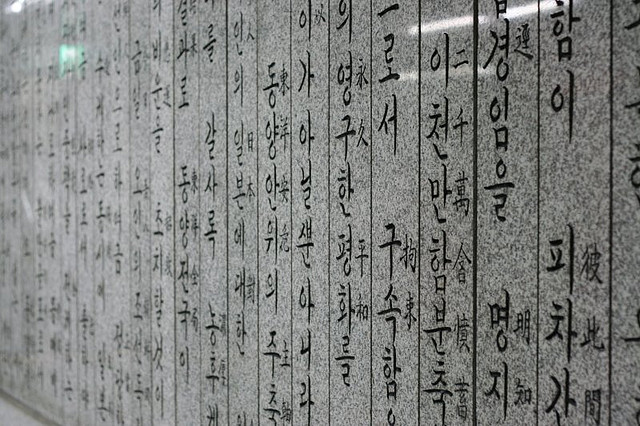 October 9 is Korean Hangul day. Hangul as Korean script has sometimes been called the most scientific writing system in the world. (image: hojusaram/flickr)

SEOUL, Oct. 9 (Korea Bizwire) – Hangul, the Korean alphabet featuring 24 consonant and vowel letters, has been disseminated to foreign countries, driven by its rising international awareness, and its greater incorporation into various fields including art and fashion, increasingly proving its cultural excellence both at home and abroad.

The nation’s banking industry also began to tap into the huge potential of Hangul, and staged Hangul promotional campaign as part of their CSR initiatives. Since the year 2007, Kookmin Bank (KB) and the Korea Foundation have invested about 3.2 billion won (about USD3 million) in developing the materials of learning and teaching the Korean language written in the four languages of Vietnamese, Mongolian, Indonesian, and Russian.

In order to make Hangul’s excellence widely known on the global stage and learners acquire it with much ease, they have been handing out the developed materials to Korean language departments at colleges and other educational institutions in four countries – Vietnam , Mongolia, Indonesia, and Kazakhstan – for free.

The learning and teaching materials are currently being employed as main textbooks or supplementary materials at 10 colleges in Vietnam, 28 in Mongolia, 3 in Indonesia, and 2 in Kazakhstan. At home, foreign employees and multicultural families are using them to learn Korean. The number of the books to date totals 72,000.

“Largely due to Hallyu or the Korean wave, the number of students at Mongolia’s colleges who are learning Korean has reached about 4,000,” said a professor in Department of Korean Studies at the National University of Mongolia, “and the KB materials aid our students in improving their Korean language ability, and our department’s status in the university has gone up.”

“We are expecting that our project to provide our Korean language materials will help local people in foreign countries to acquire the language effectively,” said an official at the bank, “and we will keep up our efforts to promote it in more countries around the world.” 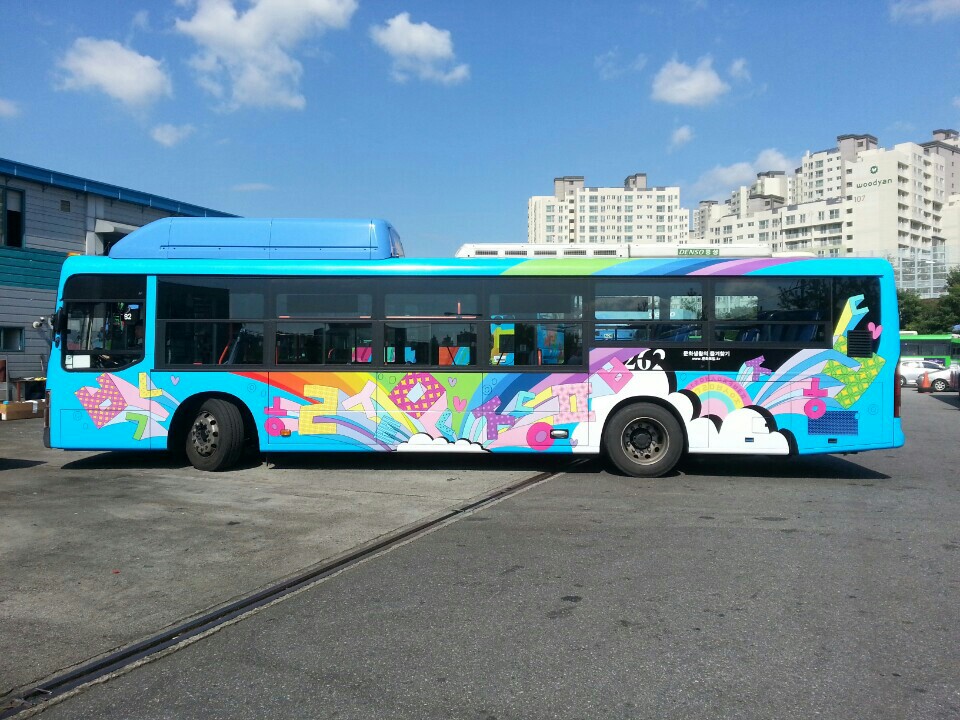 In the meantime, at home front, Hangul as a cultural product is celebrating its excellence and also enjoying entertaining element among the public.

With Korean alphabets and traditional designs for an event called “Let’s Ride a Bus on Hangul Day” to commemorate Hangul Day, the five Toyo buses are going to serve people, running around the Seoul metro area and entertaining them for one month from October 9.

The goal of this event is to spread the excellence of Korean culture with Hangul and Korean traditional designs, especially with characters from, arguably, the children’s most loved animation, “Tayo the Little Bus.”

“I have painted the Tayo buses with colors that young children adore that are ones against a sky-blue background. And designing them with the consonants and vowels of Hangul, I have drawn a rainbow, LEGO puzzles, and a firework in three dimensions, to curry favor with our children” designer Lee said.