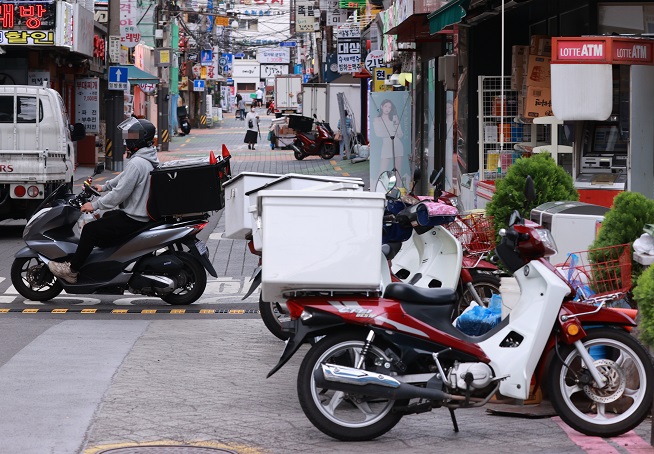 Motorbikes for food delivery are parked along a street in Seoul. (Yonhap)

Comparing the 20 administrative regions within Seoul with the highest demand for delivery, usage of delivery apps rose in areas with higher concentration of residents in their 30s.

Delivery demand in Yeoksam 1-dong, Gangnam District, which had the highest proportion of residents in their 30s, was 1.6 times higher than Hwagok 1-dong, which had the second-highest demand for delivery.

Areas like Sillim-dong and Nonhyeon 1-dong, where there are a high proportion of single-person households or households with few members, showed significant spending on delivery apps.

“Food delivery app usage patterns vary depending on the regional differences in age, household, and income,” said Park Sang-hyun, a researcher at the Hana Institute of Finance.

“This will help us support marketing startegies for small businesses and understand the economy in different regions better.”