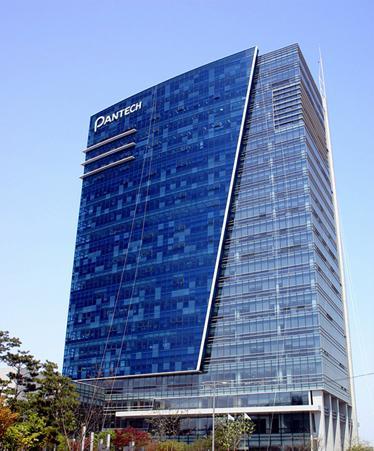 According to Pantech, there is no point in the workout process if there is no sales revenue and debt payment. Without normal operations of its manufacturing plants, Pantech and its suppliers will eventually end up dying, the company said.(image:Pantech)

The Council of Pantech’s Partner Companies said on August 5 in a statement addressed to President Park Geun-hye, “We implore you to consider our predicament. Without your direct intervention, 550 suppliers, contractors and partner companies of Pantech, with 80,000 employees and 300,000 family members, will suffer from severe financial strain.”

“Unless the three mobile service operators take the delivery of 13,000 new phones worth 90 billion won [US$87.4 million] by today, Pantech will have to file for court receivership and partner firms will go bankrupt in droves.”

The Council of Pantech’s Partner Companies

The statement claimed that the current travail of Pantech is a “social issue” as the company would take a loss of more than 1 trillion won, with losses from government loan guarantees of 500 billion won, government R&D expenditure going to waste by 100 billion won, loan default volume by the banks of 550 billion won. In addition, the government must pay for unemployment benefits to 80,000 former Pantech employees.

The council members also said, “The 550 partner firms paid their working capital needs out of their own pockets when banks refused to honor the checks issued by Pantech. They are severely pressed for payback of principal and interest for loans, facing foreclosures, and being forced to suspend credit cards from card companies.”

On the previous day, Pantech had asked the three mobile telecom carriers including SK Telecom, KT, and LG Uplus to reconsider their decision not to take the delivery of Pantech mobile handsets. According to Pantech, there is no point in the workout process if there is no sales revenue and debt payment. Without normal operations of its manufacturing plants, Pantech and its suppliers will eventually end up dying, the company said.

Earlier on July 24, the three mobile operators to which Pantech owes 180 billion won, agreed to extend the grace period for debt repayment two more years instead of agreeing to a debt-to-equity swap, effectively rescuing Pantech from the brink of court receivership. But they declined to take the additional delivery of mobile phones for reasons that they still have too much inventory.

To this, Pantech responded, “It shows that the mobile carriers extended the grade period not out of concern for the survival of Pantech and its suppliers but out of their own interest. Given the public goods nature of relying on national bandwidth, the mobile phone companies must do their best to fulfill social responsibilities by allowing Pantech and Pantech’s suppliers to stay in business.”