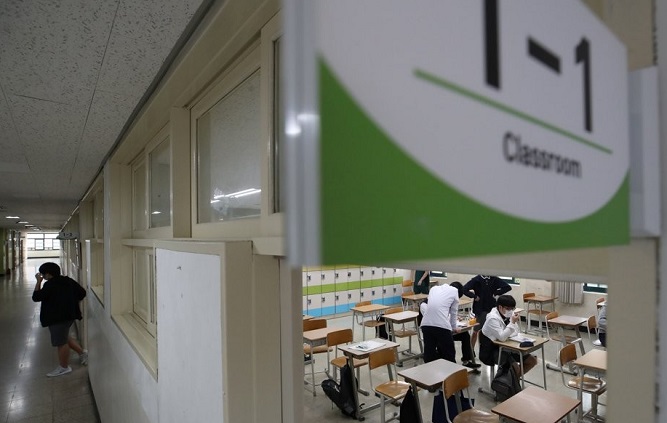 The Seoul Metropolitan Office of Education conducted a study on academic plans among elementary schools prior to the schools’ offline reopening on May 27, which showed that private schools recorded 4.2 days of offline classes each week on average, twice the duration at public elementary schools (1.9 days).

When the government’s quarantine measures allowed offline school attendance for only one-third of all students in July, several private schools gave offline lessons to the remaining two-thirds of the students as part of their ‘emergency day-care’ program.

The number of students who had to attend offline classes due to personal reasons was two to three times higher among private schools than public schools, which technically breaches instructions given by the Ministry of Education to only allow emergency day-care programs for fewer than 10 students for each class.

The breach may be affected by parents having to pay high tuition that averages 13 million won (US$11,260) per year, which includes after-school school expenses.