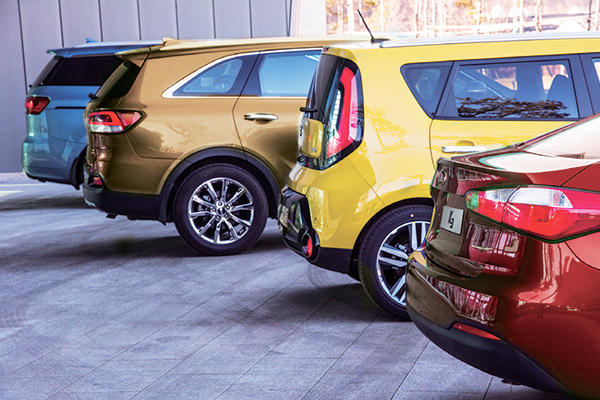 According to the FTC, nine leasing firms, including Hyndai Capital, BMW Financial Service Korea, Shinhan Capital, Samsung Card, and Hana Capital, had altered their terms of usage to make customers pay taxes instead of themselves. (image: Kia Motors)

SEOUL, May 14 (Korea Bizwire) — As car leasing grows in popularity in Korea, Korea’s fair trade authority announced that it has corrected several unfair practices in use by leasing firms, including the shifting of registration and acquisition taxes to customers.

The Fair Trade Commission (FTC) exposed the unfair practices that burdened customers with unwarranted taxes. According to the FTC, nine leasing firms, including Hyndai Capital, BMW Financial Service Korea, Shinhan Capital, Samsung Card, and Hana Capital, had altered their terms of usage to make customers pay taxes instead of themselves.

However, in principle, acquisition and registration taxes must be paid by the owners of vehicles, i.e. the leasing firms, and not their customers.

An official at the Fair Trade Commission said, “The leasing firms are the parties subject to taxes but they shifted the burden to customers. These are unfair trade practices.”

Some other leasing companies inserted provisions denying compensation for defects identified by customers when the vehicle was received. If customers did not file written complaints at the time of delivery, the cars were considered to be in perfect working order, making later compensation more difficult.

The leasing firms were forced to amend their terms of usage and the new terms will be implemented soon after the regulator’s approval.

An FTC official said, “As more drivers lease their cars from these companies, related complaints are increasing, too. We will closely monitor these unfair practices to prevent disputes between customers and leasing firms.”