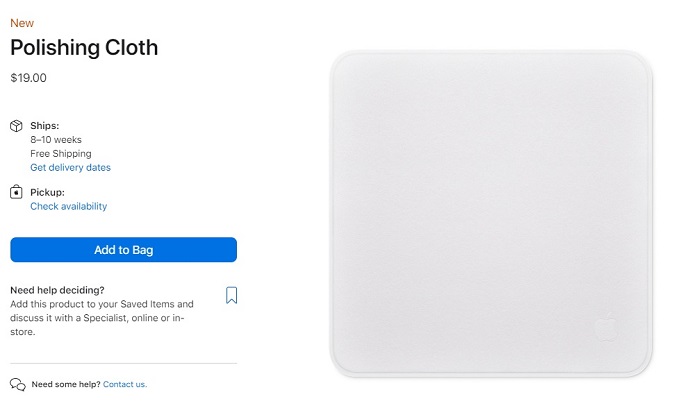 Experts assume that it is a part of Samsung’s marketing offensive aimed at Apple Inc.’s newly released polishing cloth, which sells for US$19.

The promotional event was held exclusively in Germany. There are no plans to hold a similar promotion in South Korea.

Local media believe that Samsung’s free giveaway was aimed at Apple, which released a new polishing cloth in October for cleaning smartphones, tablets and high-quality displays.

Some consumers believed that a $19 polishing cloth, 16 centimeters in length and width, is overpriced.