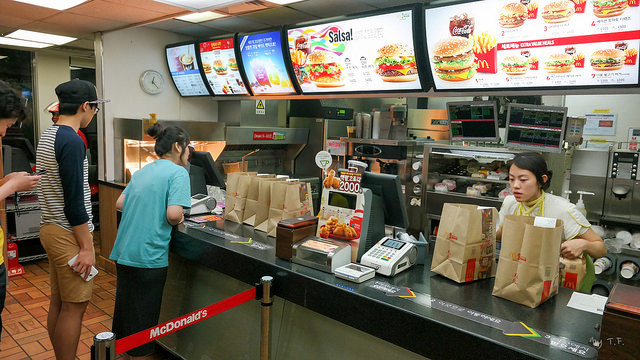 The findings showed that over 93 percent of the 2,240 respondents with part-time work experience were okay with their children following suit for a number of reasons, including gaining valuable life experience. (Image: Kobiz Media)

SEOUL, Nov. 3 (Korea Bizwire) – Most part-time workers believe their type of employment is beneficial to young people, with life experience being more important that simply earning money, the results of a survey have revealed.

The findings showed that over 93 percent of the 2,240 respondents with part-time work experience were okay with their children following suit for a number of reasons, including gaining valuable life experience.

Among the respondents, 47 percent said that ‘it is not a bad thing to experience society’ at a younger age, while 24.7 percent said they wanted their children to have some basic understanding of the economy.

In contrast, 41.5 percent among those who held a negative view towards part-time jobs said they didn’t want their children to have a part-time job as it could deprive them of spare time and lead them to focus too much on money.

Others who wanted their children to spend their time gaining other experience accounted for nearly 20 percent, while 12.8 percent said they wouldn’t recommend getting a part-time job to their children as they had had bad work experiences.

Among the respondents, 17.4 percent held a strongly favorable view towards having a part-time job, as they saw it as an essential life experience, while 9.6 percent said they wanted their children to have the same experience as themselves as they grew up working part-time.

When asked about the part-time job that would be most ideal for their children, over 3 in 10 people with part-time work experience said servers or kitchen jobs.

Office work and accountancy jobs, and customer service jobs were also among the popular part-time jobs, accounting for 13.3 percent and 12.5 percent, respectively.

In the meantime, counseling and sales, and production were among the least popular, accounting for 2.8 percent and 2.1 percent.

The minimum wage for next year in South Korea was increased to 7,530 won ($6.70) earlier this year, after a government council voted nine to six in favor of the labor side of the negotiation team in July, pushing the country’s minimum hourly wage above the likes of Israel and Spain.

The survey conducted by online recruiting website Alba Heaven and was released on Wednesday.