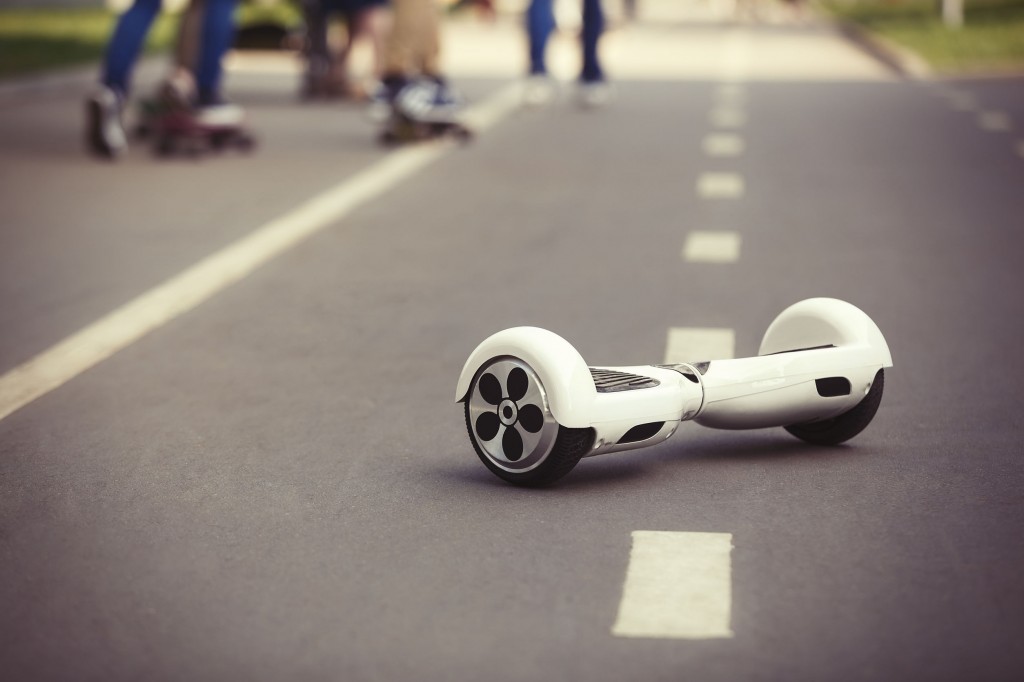 “Personal transportation vehicles or devices are best suited for urban, short-distance transportation, free from traffic and parking. So we expect demand to rise in the future.” (image: KobizMedia/ Korea Bizwire)

DAEJEON, Nov. 16 (Korea Bizwire) – Personal transport gadgets have grown increasingly popular in Korea in recent years, with more people riding devices like electric kick scooters or “wheels” either as a means of transportation or simply for recreational purposes.

These electric machines grant mobility unachievable by conventional vehicles, and are easy to carry around, weighing only around 10 kilograms. They’re also environmentally friendly, making them suitable candidates for transportation of the future.

According to the Korean Intellectual Property Office, the number of patent applications for such personal transportation devices increased by 177 percent over the past three years (2013 – 2015) to 61, compared to the three years prior (2010 – 2012).

The annual number of patents, which languished in the single digits until 2012, jumped to 24 in 2013, and has stayed in the double-digits since, said the KIPO.

Single-wheel transports and two-wheel electric devices without handlebars were particularly popular. The number of patents for such devices increased by 367 percent to 28 in 2013 – 2015, compared to 2010 – 2012, reflective of the active research and development efforts that took place to improve the balancing mechanisms of these hands-free devices.

“Personal transportation vehicles or devices are best suited for urban, short-distance transportation, free from traffic and parking. So we expect demand to rise in the future,” said a KIPO official. “Actively acquiring related patents can be one of the keys to having an upper hand in the market of the future.”