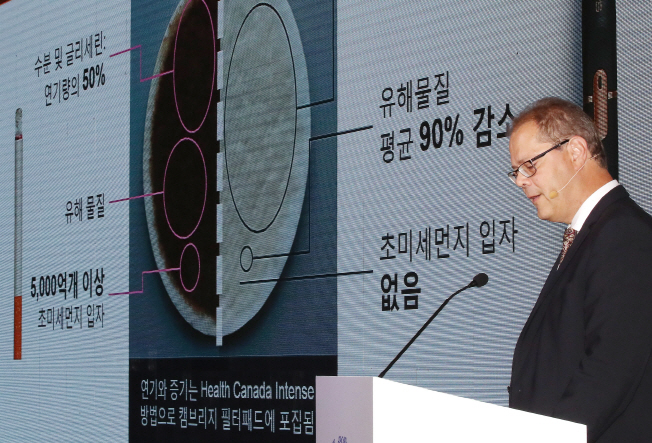 SEOUL, Oct. 1 (Korea Bizwire) — Philip Morris Korea Inc. said it filed a suit against the Seoul government on Monday, demanding the disclosure of detailed information on its recent announcement over research on harmful substances found in alternative tobacco products.

In June, the Ministry of Food and Drug Safety said five cancer-causing substances were found in heat-not-burn tobacco products sold in the local market, with the level of tar detected in some of them exceeding that of conventional cigarettes. The ministry made the announcement after looking into Philip Morris’ IQOS, British American Tobacco’s Glo and lil from leading South Korean cigarette maker KT&G Corp.

Philip Morris said it filed the case with the Seoul Administrative Court, after the ministry declined its request to provide relevant information on its research results, including the method of analysis and the experimental data.

“Despite the fact that the Official Information Disclosure Act does not allow public institutions to deny disclosure unless the information falls within one of the narrow non-disclosure exceptions provided by law, it did not provide the information,” the affiliate of tobacco giant, Philip Morris International, said in a statement.

Philip Morris has claimed that its new tobacco product provides lower levels of harmful compounds than conventional ones and that measurement of tar is an inappropriate standard to analyze the health impact of the new heat-not-burn products.

It has maintained that tar is a concept specific to cigarette smoke and thus should not be applied to its new product, which does not create smoke.

“By focusing on tar, the ministry may unintentionally be suggesting to smokers that they might as well continue using cigarettes despite their well-known health risks, instead of switching to products that generate dramatically lower levels of harmful compounds,” the company’s Corporate Affairs Director Brian Kim said.

The latest legal action came amid the growing popularity of alternative tobacco products in South Korea.

Philip Morris Korea has sold 1.9 million units of IQOS as of May since its launch a year earlier, and 1 million South Korean smokers are estimated to have switched to the smoke-free product during the cited period, according to the company.

KT&G also said more than 850,000 units of lil have been sold since its launch in November last year. The company is set to open a flagship store for the heated tobacco product in southern Seoul on Wednesday.