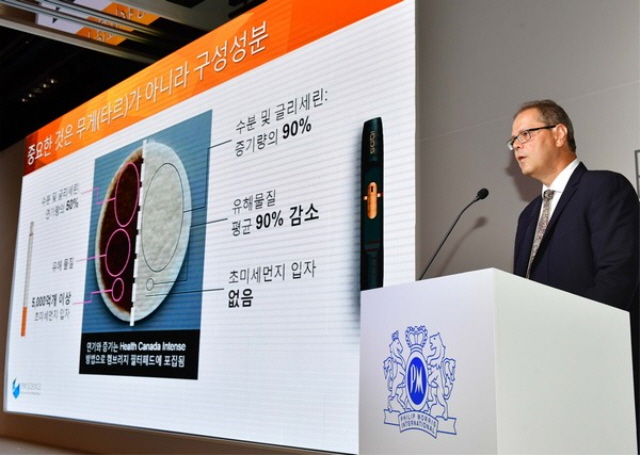 “This study is the first ever clinical study of this magnitude to assess the risk-reduction potential of a smoke-free product,” Manuel Peitsch, Philip Morris International Inc.’s chief scientific officer, said during a press conference in Seoul.

The presentation came two weeks after South Korean health authorities announced that five carcinogens were found in heat-not-burn tobacco products sold in the local market, adding the level of tar detected in some products exceeded that of conventional cigarettes.

Philip Morris has said that the concept of tar is often applied to cigarette smoke, which is different from the aerosol from heated tobacco products, urging the government to come up with clarification on its recent conclusions.

The Ministry of Food and Drug Safety has said Philip Morris’ own tar analyzing method has not been approved yet, while admitting that there could be limits in simply comparing the amount of tar emitted from heat-not-burn products and conventional cigarettes to understand the health risks.

Last month, the Korean unit of the global tobacco giant said it has sold 1.9 million units of IQOS since its launch last year, adding that 1 million South Korean smokers are estimated to have switched to the smoke-free product.