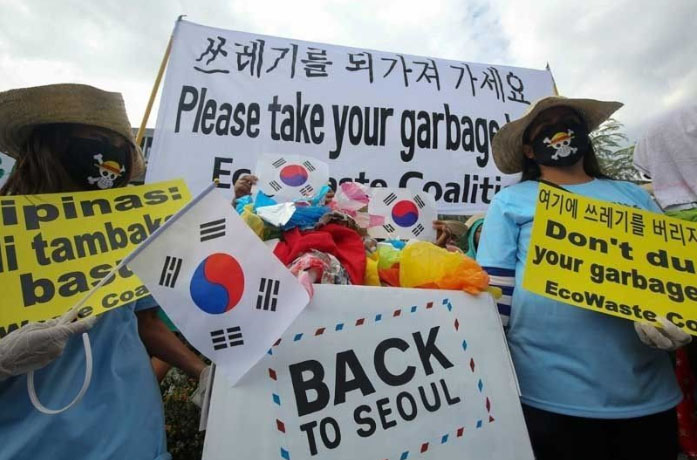 Dozens of local environmentalists gathered in front of the South Korean Embassy to protest. (image: Yonhap)

The trash in question was sent by a South Korea-Philippines joint venture, which reported that the containers contained pieces of plastic.

The containers were immediately confiscated, however, as they contained a large amount of trash such as diapers, batteries, light bulbs, electronics and medical waste.

Authorities in the Philippines immediately asked the South Korean government to take the garbage back. Dozens of local environmentalists gathered in front of the South Korean Embassy to protest.

Since then, the South Korean government has investigated the exporters who illegally exported waste to the Philippines and searched for ways to bring the waste back to South Korea.

An government official from the Philippines reported on January 2 that if all goes well, the trash will be sent back to South Korea next week.