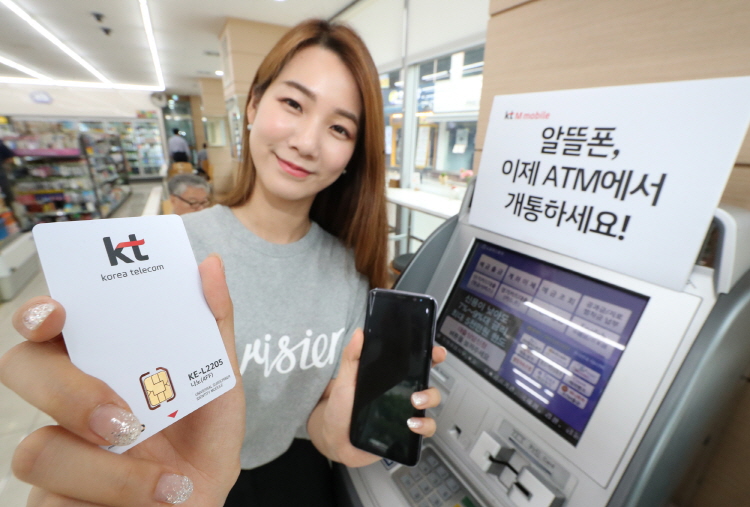 SEOUL, Jul. 18 (Korea Bizwire) — New subscribers to budget phones known as “thrifty phones” in Korea will be able to have their phone services initiated at ATMs installed near convenience stores and subway stations.

KT M Mobile, a subsidiary of KT Corp., and Annex Telecom have teamed up with Hyosung TNS to allow users to initiate service for their thrifty phone subscriptions at over 11,100 ATMs operated by Hyosung TNS at convenience stores and subway stations throughout the nation.

At the ATMs, users select their telecommunication service provider and key in their USIM number and personal details before providing ID and credit details for certification.

In just five minutes, subscribers can have their phone services activated.

Only new subscribers can make use of the service, which operates between the hours of 9 a.m. and 9 p.m. on weekdays and Saturdays. Only users who have applied for phone plans are eligible.

Also, users who buy their USIM cards at Ministop and C-Space convenience stores in July will be given 10,000 won vouchers if they initiate phone services at the new ATMs.

In addition, Annex Telecom will be offering 10,000 GS Mobile gift coupons until September to subscribers who take advantage of the ATMs.