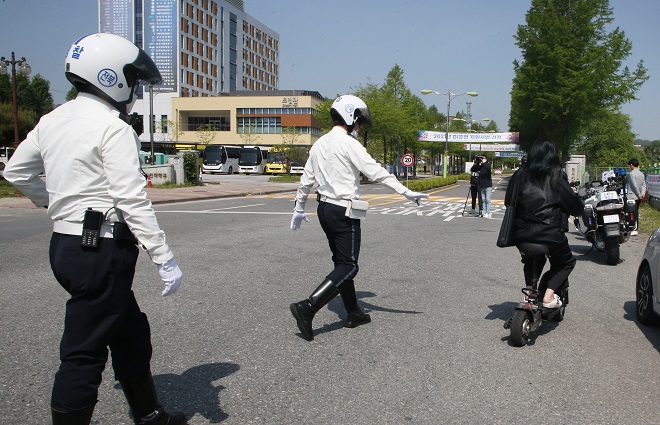 SEOUL, May 14 (Korea Bizwire) — On Thursday, when new safety regulations on personal mobility devices entered effect along with the revised Road Traffic Act, police officers were deployed around subways stations, where many electric scooter users are found.

Under the revised law, people cannot use personal mobility devices, including e-scooters, without a helmet and a license.

Eleven police officers from the Mapo Police Station patrolled the areas around Hongik University subway station from 1:20 p.m. to 3 p.m.

As a result, a total of 78 cases were reported for violations of the revised law, including 46 e-scooters and 32 electric bicycles.

The police, however, issued simple cautions to all of those who were caught in the crackdown, since they committed minor violations such as not wearing a helmet or driving on the sidewalk. 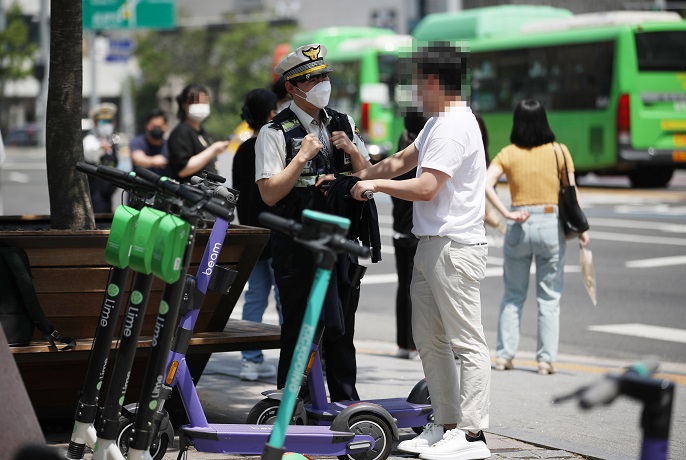 Most users sympathized with the need to strengthen safety regulations, but in reality, they said they felt inconvenience.

A 29-year-old man surnamed Kim, who rode an e-scooter without wearing a helmet, said he use e-scooters when moving short distances.

“If I have to wear a helmet whenever I use an e-scooter, I may opt to use a bicycle sharing service or take public transportation instead.”