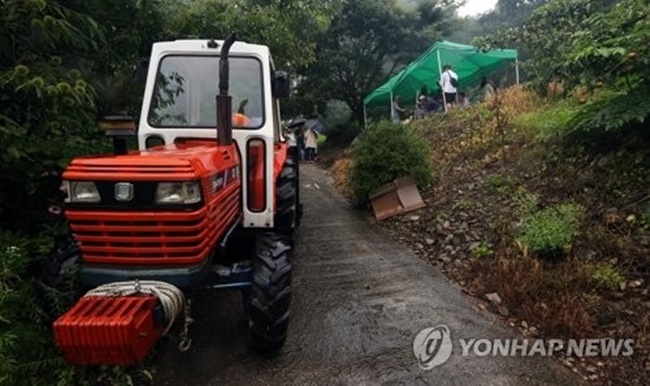 Police have been pursuing this approach for some time as members of the nudist group pay an annual membership fee of 240,000 to use the facility. (Image: Yonhap)

SEOUL, Aug. 2 (Korea Bizwire) — South Korean police are examining options to penalize a controversial group of nudists that have caused an uproar in the city of Jecheon.

Strong opposition to a villa owned by a group of nudists has prompted police forces to request an authoritative interpretation from Ministry of Health and Welfare, which will determine whether a villa that runs on membership fees paid by individuals in a nudist group should be considered a private property or a lodging establishment.

Police have been pursuing this approach for some time as members of the nudist group pay an annual membership fee of 240,000 to use the facility.

If the Ministry of Health and Welfare rules that the nudist villa is a lodging business, police will have grounds to penalize the building owner for not having registered as an accommodations business operator.

“Given the fact that members of the group have to pay membership and annual fees to gain access to the facility, we are looking at ways to categorize the villa as an lodgings business,” a police official said.

However, it remains to be seen whether this approach will pay off, as public indecent exposure charges cannot be filed against private properties under current laws.

Most residents of the community have expressed negative opinions about the nudist villa.

According to findings from a survey conducted by pollster Realmeter last Friday, nearly 52 percent of the 510 respondents held an unfavorable view of the nudist villa, an indication of the general sentiment against the facility among the public.

While only 22.4 percent said the group’s right to pursue naturism should be respected since the facility is a privately-owned property, with 25.7 percent having no strong opinion, municipal authorities in Jecheon are taking some heat.

One local official said, “Telephone complaints are flooding in. Though we are doing our best to find a solution, it’s hard to find an appropriate measure for this situation.

“As it has become a nationwide controversy, I believe it has become extremely difficult for the nudist group to be active in the villa.” 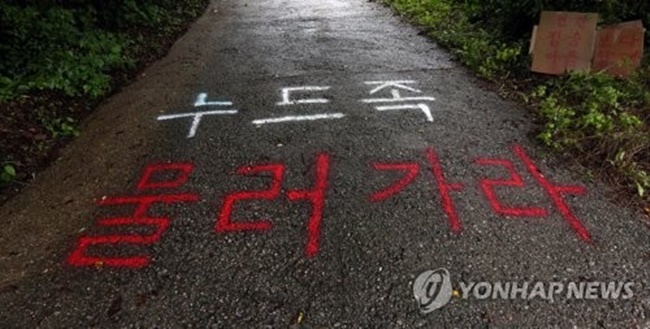 South Korean police are examining options to penalize a controversial group of nudists that have caused an uproar in the city of Jecheon. (Image: Yonhap)

The facility in the midst of the controversy came to prominence for the first time in 2009, when the group of nudists began to make use of it.

Despite the extremely ordinary appearance of the two-story building, the facility has beet met with strong opposition from the local community, with some blocking the entrance with a tractor out of frustration.