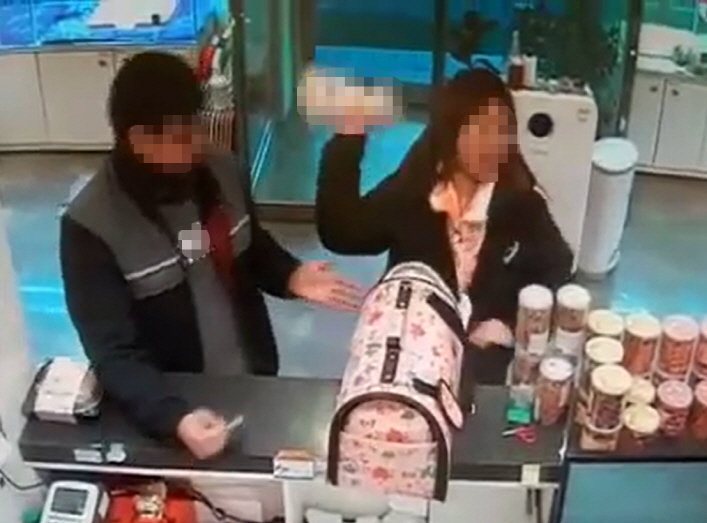 A woman in her 20s throws a three-month-old Maltese puppy at a pet shop in the city of Gangneung on South Korea’s east coast on Feb. 9, 2019. (image: pet shop)

GANGNEUNG, Feb. 13 (Korea Bizwire) — Police said Thursday they have filed charges with prosecutors against a woman in her 20s who allegedly threw a puppy at a pet shop in Gangneung on South Korea’s east coast last week in violation of the animal protection law.

Gangneung Police Station, in northeastern Gangwon Province, recommended an indictment against the woman.

The woman, who is identified only by her surname, Lee, has admitted to throwing the three-month-old Maltese puppy at the shop on Saturday after the shop’s owner refused to give her a refund for the dog she bought, police said.

Seven hours after the purchase of the dog, Lee came back to the shop and asked for a refund as she saw the puppy eat its own excrement and said the owner had sold her an ill pet. The puppy died the next day due to cerebral hemorrhage after vomiting.

Video footage of Lee throwing the puppy has gone viral on social media, touching off public outrage against her.

“I threw the puppy at the owner’s chest in a fit of anger and thought the owner would catch it,” she was quoted as saying during police interrogation on Monday, as she showed remorse over her violent treatment of the dog.

Under the law, people who kill or torture animals face a prison term of up to two years or a fine of 20 million won (around US$17,825).