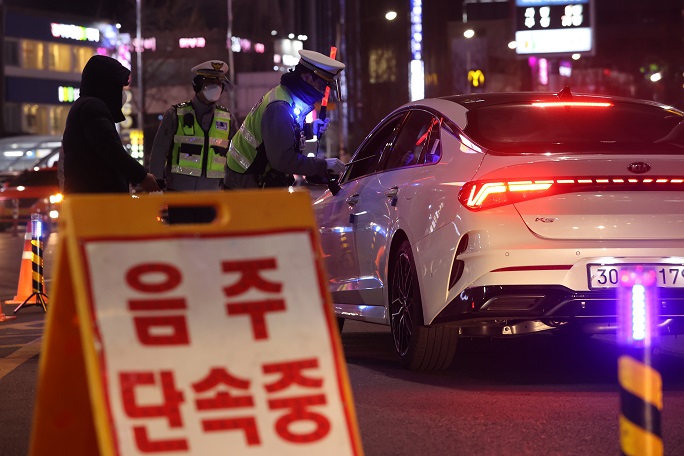 “Police plan to launch a research project in cooperation with the traffic authority next month, focusing on the details and system for the automatic lock system,” a police official told Yonhap News Agency.

The National Police Agency recently worked with Rep. Lim Ho-seon of the ruling Democratic Party to propose a revised bill that allows installing a system that detects alcohol and automatically bans a drunk motorist from driving.

The proposal mandates that certain DUI offenders get a special driver’s license to only drive cars with the automatic lock system.

“Since there is a repetitive trend in DUI convictions, there is a limit in (preventing it) only through toughening punishment or crackdowns,” Lim explained.

The police anticipate the National Assembly to pass the bill this year and launch a pilot program next year ahead of officially introducing the system in 2023.

The national Anti-Corruption & Civil Rights Commission earlier advised the police to introduce the system, predicting that repetitive DUI offenses will fall as much as 90 percent.